According to a report by Motherboard, iPhone 8 devices that have had their displays replaced by an unofficial replacement part, upgrading to iOS 11.3 could stop them from working by making the display unresponsive to touch. Moreover, even if third-party repair companies put a genuine Apple replacement display into an iPhone 8, 8 Plus or X, it’ll no longer be able to adjust its brightness automatically (via Engadget). 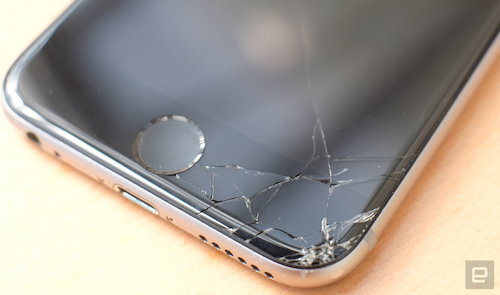 Interestingly however, if Apple or one of its authorized resellers were to put the same Apple replacement display in the same phone, everything would work just fine. While Apple has not yet issued an official statement regarding the issue, it is believed that the iPhone maker could be discouraging aftermarket repairs this way.

The source was able to confirm that even swapping the displays of two brand-new iPhones running iOS 11.3 causes the ambient light sensor to stop working, despite it not being altered or touched in any way.

The aftermarket repair community has verified the behavior in phones from the US all the way to Australia. It’s confirmed to be an issue with phones running iOS 11.1, 11.2 and 11.3, which led sources to suggest it’s been a problem since the launch of the latest batch of iPhones last fall.

But why would merely swapping the displays of two identical, working iPhones disable a seemingly unrelated sensor? “I’ve been waiting for this for five years to be honest, since the 5S,” one repairer said. “It’s a scary looking future for me.” They expressed concern that Apple is using the ambient light sensor “as a test-case to see how it works, to see if they can link hardware with logic boards so if they were repaired outside of the Apple network it loses functionality.”

With smashed displays being the most common types of damage seen by repairers, it is likely that thousands of phones are currently affected.