Apple’s WWDC17 website background has art full of people interacting, along with the following announced in the middle:

Technology alone is not enough.
Technology must intersect with the liberal arts and the humanities, to create new ideas and experiences that push society forward. This summer we bring together thousands of brilliant minds representing many diverse perspectives, passions, and talents to help us change the world. 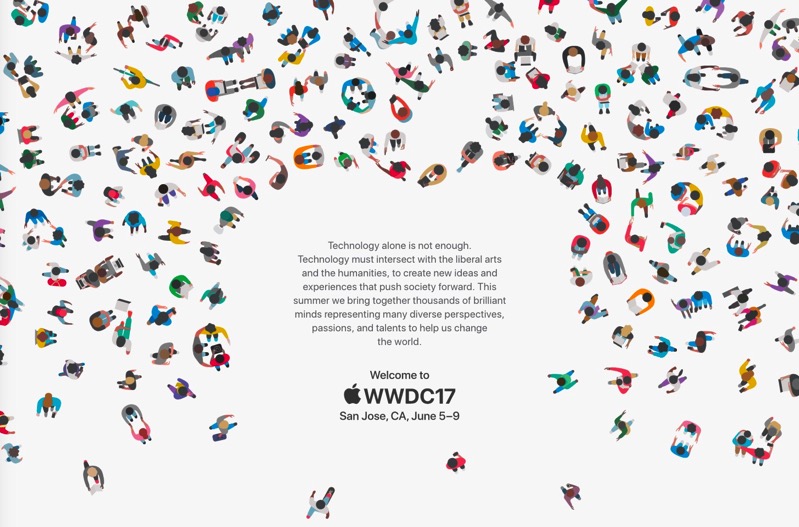 The designer who created this was Canadian Geoff Mcfetridge. He was born in Calgary and attended the Alberta College of Art. He currently resides in Los Angeles, California.

The studio manager for Mcfetridge from his company Champion Graphics, confirmed to iPhone in Canada via email the WWDC 2017 design work was produced by the Canadian artist, noting how the latter had been working with Apple to develop the project since its inception, noting it had been a lot of fun.

Ticket sales for WWDC 2017 will launch March 27 at 10AM PST for registered developers, with the process taking place by lottery again.

Update 1:31PM PST: Mcfetridge confirmed he did not work on 2010 poster for the 13th Festival de Cine de Malaga in Spain, as some had suspected, as that was done by Rocio Ballestoros.