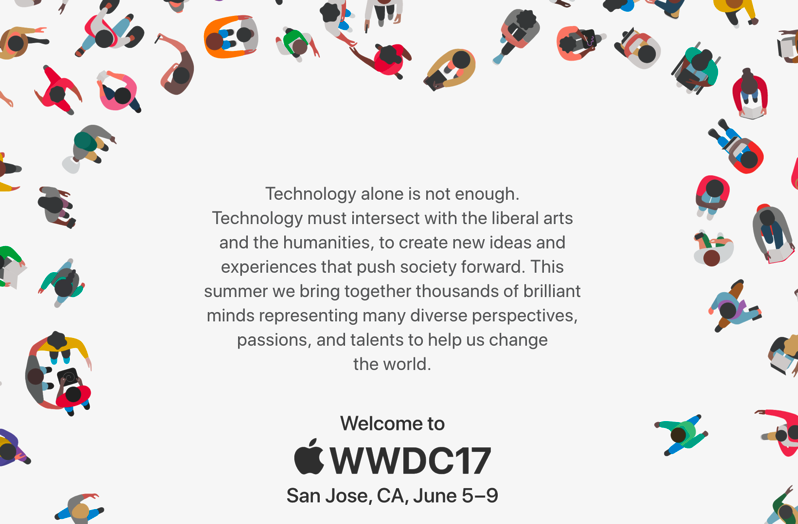 Apple has announced this morning WWDC will take place June 5-9 this year,
at the McEnery Convention Center in San Jose, a move from its previous location in San Francisco.

Registration opens Monday, March 27 at 10:00 a.m. PDT. The opportunity to buy tickets to WWDC17 will be offered by random selection. To register, you must be a member of the Apple Developer Program or Apple Developer Enterprise Program.

Tickets again will be by lottery for registered developers, set to start on March 27th at 10AM PST.

The venue in San Jose is not actually new, as Apple held WWDC at the McEnery Convention Center from 1988 to 2002; the centre now has nearly 550,000 square feet of floor space, compared to Moscone Center in San Francisco at about 300,000. Last year’s WWDC keynote was held at Bill Graham Civic Auditorium in San Francisco, as every year more and more attendees attend the conference.

Moreover, the San Jose location is much closer to Apple’s headquarters; it’s also about 5 minutes away from Apple Campus 2. Apple SVP Phil Schiller told Daring Fireball this “was a big deal”, as would allow more Apple employees to be present, versus driving an hour to San Francisco. Schiller told John Gruber, “It feels like WWDC is going home.”

Last year, WWDC took place on June 13-17, and everybody found out about those dates in April, after they were leaked by Siri.

WWDC 2017 will have its keynote streamed live again, while sessions will be available to stream for developers who cannot attend. The event will preview what’s ahead for iOS, tvOS, watchOS and macOS.