We know that the iPhone has a measurable impact on the US GDP, as highlighted by a JP Morgan Chase economist, and we have already seen reports confirming that the iPhone 6 and iPhone 6 Plus launch was a huge success.

Quartz went as far as putting together a few charts reflecting the global impact of the iPhone launch based on international trade data. As both Apple and reports from all around the globe have revealed, the demand for the iPhone 6 is huge, and that obviously pushed up shipping numbers worldwide, given the fact that these devices need to be shipped from China. 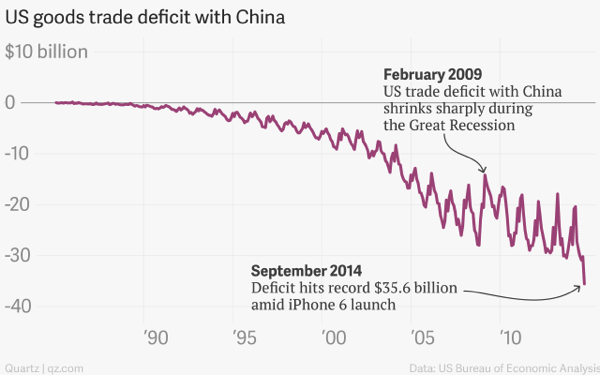 Apple’s biggest market, the US, saw its trade goods deficit with China hit an all-time low when the iPhone 6 launched, driven by huge imports of iPhone units. 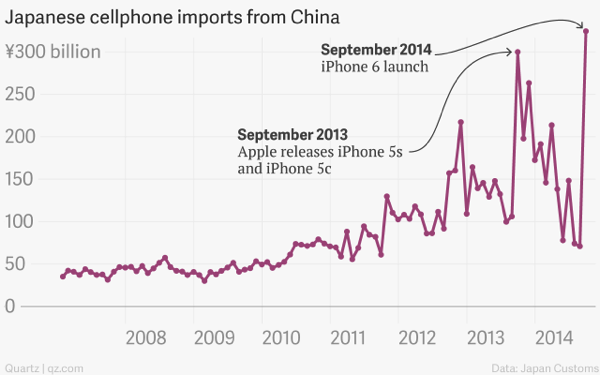 Looking at the data from Japan, we find that the iPhone 6 launch was a success, with cellphone imports from China setting a new record, surpassing the previous record set by the release of the iPhone 5s and iPhone 5c. 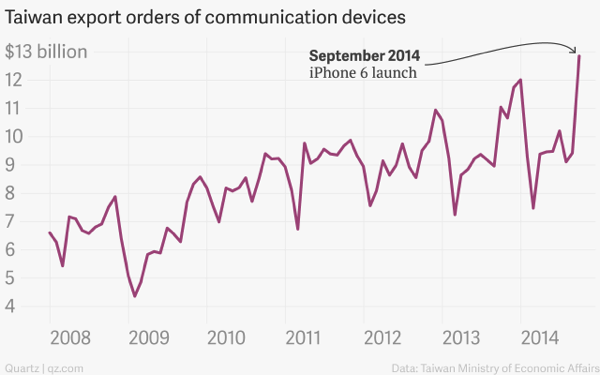 Taiwan also registered record orders for information and communication devices in September this year, a jump mainly attributed to the launch of “international brand-name mobile devices that led to the significant increase of orders,” the country’s Ministry of Economic Affairs said.