Apple has today announced that its first weekend iPhone sales have set a new record: over 10 million new iPhone 6 and iPhone 6 Plus models, in ten countries, over the first three days of availability.

“Sales for iPhone 6 and iPhone 6 Plus exceeded our expectations for the launch weekend, and we couldn’t be happier,” said Tim Cook, Apple’s CEO. “We would like to thank all of our customers for making this our best launch ever, shattering all previous sell-through records by a large margin. While our team managed the manufacturing ramp better than ever before, we could have sold many more iPhones with greater supply and we are working hard to fill orders as quickly as possible.”

The announcement follows another record set for Apple – the number of pre-ordered iPhones. As the company said in the statement, the demand has far exceeded supply.

During the past couple of years, Apple has been raising the bar: two years ago the iPhone 5 set a new record of 5 million for first weekend sales, but even that was surpassed last year by the launch of the iPhone 5s and 5c. In 2013 Apple announced that first weekend iPhone sales topped nine million units. 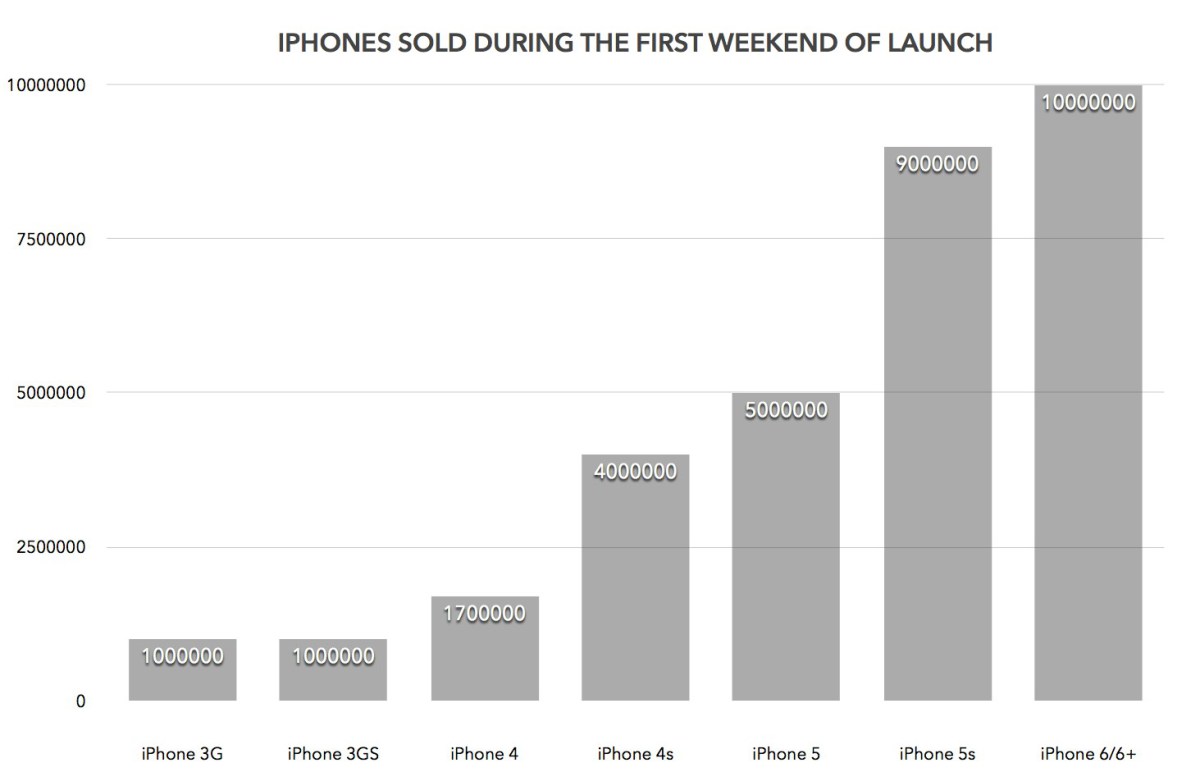 United States Senator Michael Bennet wrote a letter to executives of both Apple and Google, calling for the tech giants to remove TikTok from their respective app stores. Bennet believes that the Chinese-owned video creation platform poses security threats, furthering the same narrative that's been brewing for a number of years. Apple's Tim Cook and Google's...
Steve Vegvari
4 mins ago