The folks over at Android Police have today shared a bunch of screenshots showing the upcoming dark mode in Gmail app for Android.

While other apps like Google Files, Google Drive, and the main Google app recently getting dark UIs of their own, the company has now started rolling out the dark mode in bits for the Gmail app too. 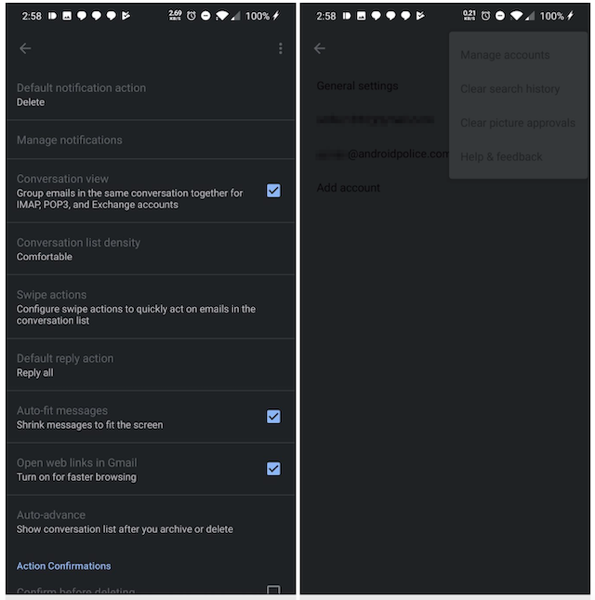 “The latest Gmail APK contains our first look at a dark mode, though it’s sporadic and only in settings.

The dark mode doesn’t currently have a toggle and comes on and off when it wants to, but here’s a first look. It only shows up in settings, not the main window or sidebar.”

The screenshots above show the Gmail app for Android version 2019.06.09. While there aren’t any other dark mode screens available so far, if you’ve been waiting for a dark mode for Gmail app, this is how it should look like.

Android users can try out the Gmail app v2019.06.09 by grabbing it here. No word yet on when the dark mode for Gmail iOS app will become available.