Earlier this week at Google’s I/O developer conference, the company announced Gmail for iOS and Android would get a new Smart Reply feature, which automatically provides appropriate one-tap responses for emails, thanks to machine learning.

While the Smart Reply feature has long been available for Inbox by Gmail and Allo users, the feature is now available in the Gmail for iOS app.

Yesterday evening we saw Smart Reply responses show up automatically in our emails within the iOS app. The Smart Reply update is pushed over-the-air and not through the App Store.

As you can see at the bottom of the email screenshot on the left, three Smart Reply options showed up. With one tap of the response ‘Sounds good.’, it automatically composed the reply email and inserted the text. All I had to do was tap Send. 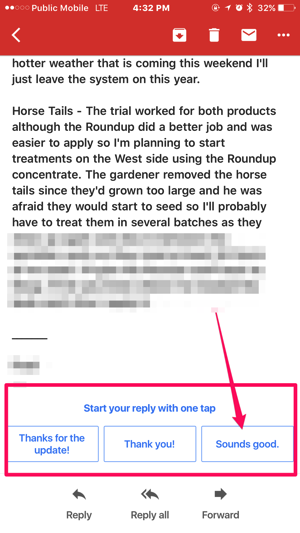 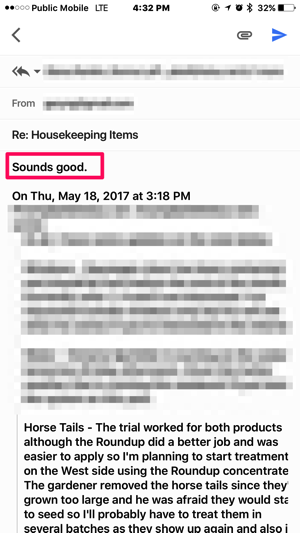 [RELATED: How to Download Google Assistant for iPhone in Canada]

Gmail will continue to improve its responses, but from what I’ve seen early on, the Smart Reply answers are creepily accurate and would be replies I would type myself based on the email content.

Are you seeing the Smart Reply feature in Gmail for iOS?