Yesterday, we reported that Google was about to give Gmail a major facelift. The redesign is said to feature easier access to Calendar, ability to Smart Reply to emails, the option to snooze emails and choose when they reappear, as well as offline support. 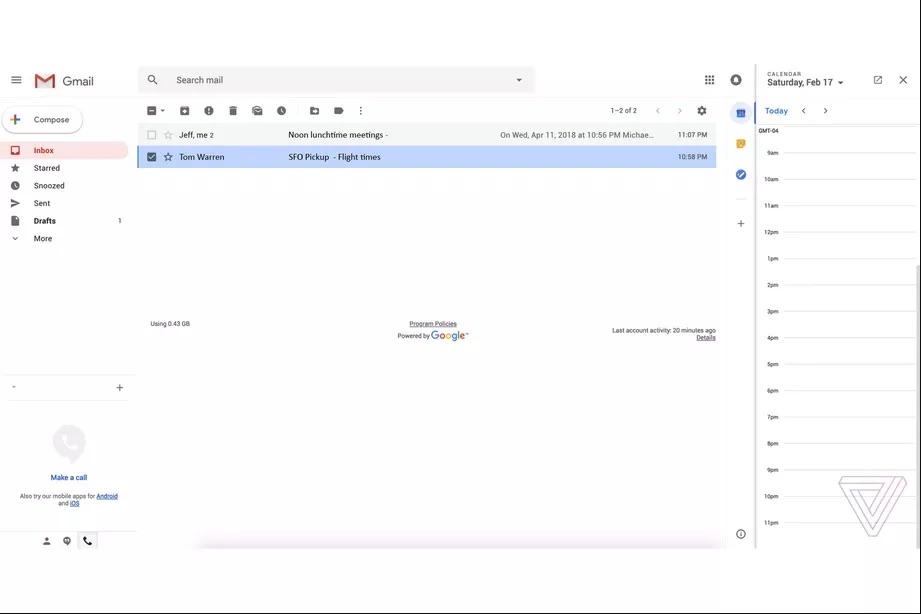 Today, The Verge has obtained screenshots of the new Gmail design, currently being tested inside Google and with trusted partners. The new design includes some subtle elements of Google’s Material Design, and a number of new features that were originally introduced for Google’s Inbox overhaul of Gmail.

The above screenshot shows a clean design, with a sidebar for Google Calendar at the left hand of the screen. According to The Verge, the sidebar can actually be customized depending on what you use the most to show Google Calendar, Keep or Tasks.

Google is apparently completely overhauling Google Tasks as a part of this refresh. It’s traditionally been a to-do list that was built into your Gmail window, and it still will be that. The user interface will just be much better, reads the report.

In a statement given to Mashable, Google today confirmed that changes are definitely afoot with its email service in a pun-tastic response:

“We’re working on some major updates to Gmail (they’re still in draft phase),” a Google spokesperson told the site. “We need a bit more time to compose ourselves, so can’t share anything yet—archive this for now, and we’ll let you know when it’s time to hit send.”