Gmail Now Lets You Send Emails as Attachments with Other Emails

Google has today rolled out an update for its email service that lets Gmail users attach emails to other emails in their inbox without having to download them first. To make this process simpler, Google has also added drag and drop support for attaching emails for Gmail on the web. 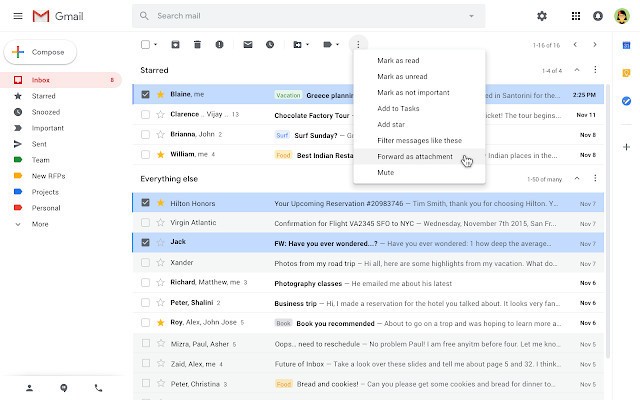 Sending emails as attachments allows you to write a summary email message to your recipients, and attach the set of supporting emails that recipients can directly open in their mail client:

When emails are sent as an attachment:

This feature will be rolling out gradually over the next couple of weeks and should be available for all G Suite users by January 6, 2020.