Gmail ‘Smart Compose’ is Coming in the Next Few Weeks 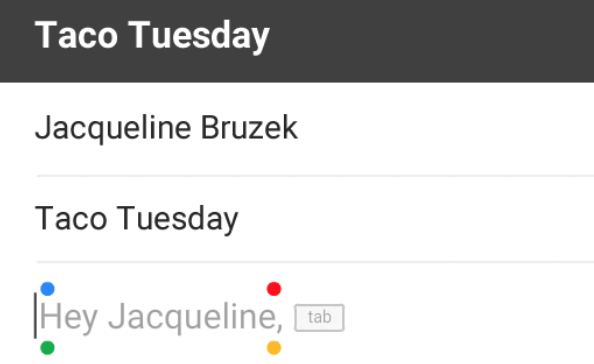 One announcement made today was for Gmail users, called Smart Compose, which aims to “help you draft emails from scratch, faster”, powered by artificial intelligence:

From your greeting to your closing (and common phrases in between), Smart Compose suggests complete sentences in your emails so that you can draft them with ease. Because it operates in the background, you can write an email like you normally would, and Smart Compose will offer suggestions as you type. When you see a suggestion that you like, click the “tab” button to use it. 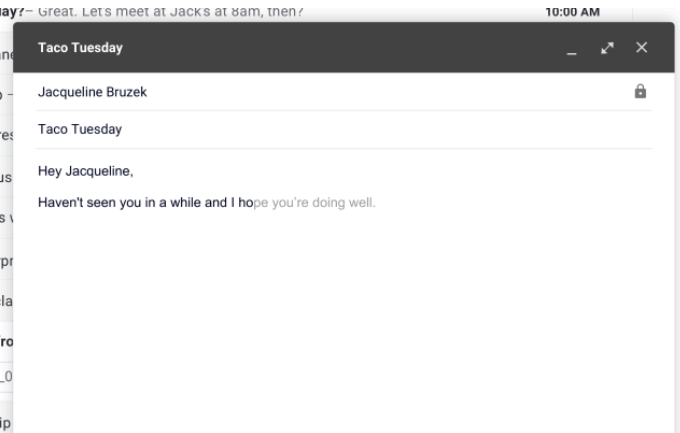 Smart Compose will essentially be similar to predictive text as you type, suggesting words and even relevant contextual phrases, explains Google. The company cites an example of the suggested closing phase of “Have a great weekend!”, if you happen to be composing an email and it’s a Friday.

The new Smart Compose feature will launch in the new Gmail for consumers in the “next few weeks”, while G Suite customers will gain access “in the coming months”.

Google says you need to have the new Gmail on the web enabled to get started. To turn it on, go to Settings > “Try the new Gmail”, then go to the general tab in your settings, scroll down and enable “experimental access.”

Yesterday, Gmail for iOS was updated with a snooze button, allowing users to save emails for later.