Russian jewellery brand Caviar, which introduced a limited edition series of Apple Watches inspired by Russian President Vladimir Putin, Lenin, and Peter the Great last year, has just announced a limited edition gold-plated Donald Trump iPhone 7 for just over $3,000 (197,000 rubles). According to BusinessInsider, the custom iPhone has a gold back with an engraved portrait of Trump along with his tagline “Make America Great Again”. 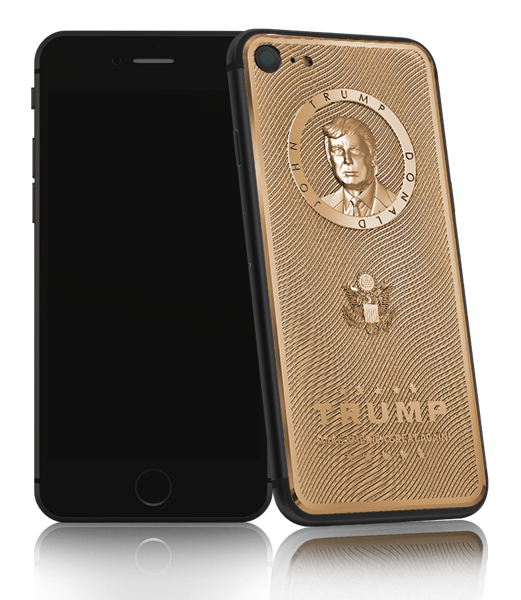 Caviar is hoping to get one of its new Trump phones into the hands of Trump himself. “We will do everything possible to bring the phone to Mr. Trump,” said a company representative. Back in 2014, Caviar released a gold-plated Putin iPhone featuring a similar design, which became quite famous all over the internet. The company now offers a few versions of that phone, saying that buying a Putin phone is “the best way to express patriotism”.

“President Vladimir Putin has become a symbol of the new generation, strong-willed and a decisive leader,” the company said. “Caviar jewelers chose him as among the most important figures of our time.”

Can you picture Trump and Putin calling each other with iPhones emblazoned with their own faces?