Just over a week ago, we reported that Google is getting ready to unveil its first in-car operating system at its annual software developer conference and today, the company has announced ‘Android Auto’, a direct rival to Apple CarPlay. The Verge notes that Android Auto makes heavy use of Google Now, providing voice access to Google Maps navigation, text messaging, and apps like Google Play Music. 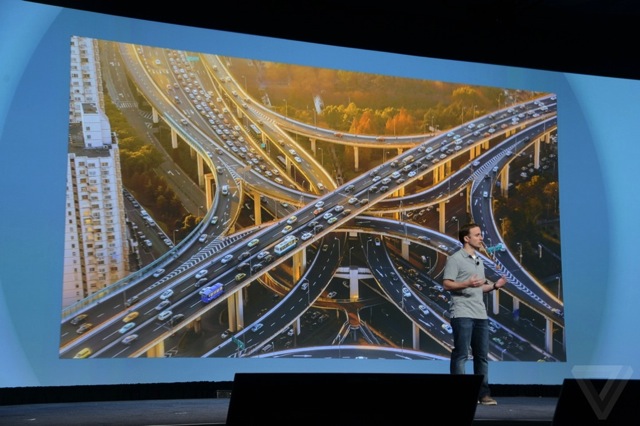 According to Google, Android Auto brings users the information they want when they need it. “And it’s been optimized for voice, which means you’ll never need to take your hands off the wheel to use it”. Android Auto is fully compatible with the dials, knobs, and buttons on your dashboard and steering wheel. Since everything you see on screen is actually being “casted” from your smartphone, Google says the in-car experience will be even better if you own a powerful handset.

“Google said that was a priority in their approach to developing Android Auto, with Patrick Brady pointed to alarming accident statistics during his presentation at I/O. “There has to be a better way,” he said. Google’s car ambitions are rooted in Android L, the latest version of its mobile operating system. The new OS is slated to arrive this fall, and Google says the first cars that support Android Auto will follow by year’s end.”

Google says that an SDK for Android Auto is coming soon, while first cars that support Android Auto will follow by year’s end.