Google Cardboard Launches in Canada for $20, Will Fit Your iPhone

Google Cardboard, the company’s affordable virtual reality viewer which launched in 2014, is now available to order in Canada. Prices start at $20 for one, or $35 for a 2-pack, with free shipping. 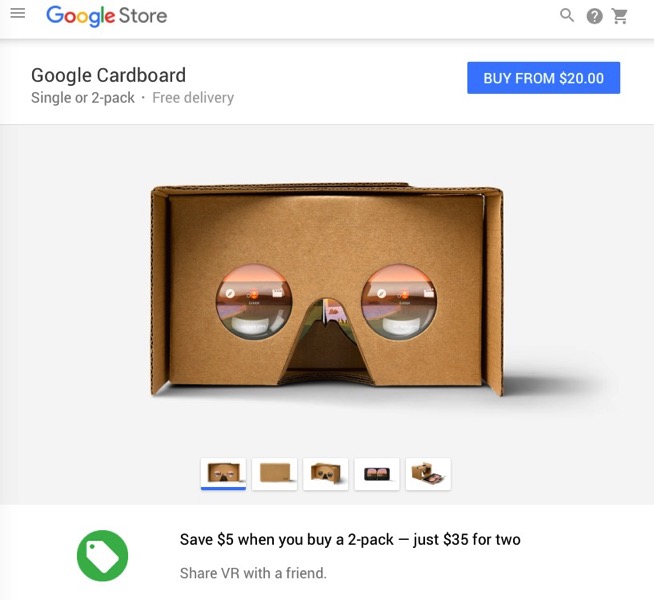 Previously, Cardboard sales were limited to the U.S., but today sales expanded to Canada, the UK, France and Germany. Users fit their smartphones into the viewer, which contains lenses to bring VR content on your device into 3D.

Google says Cardboard supports Android plus “iOS phones with screen sizes from 4 to 6 inches,” so that means an iPhone 4 or newer. You will probably want to check out Google Cardboard for iOS with this, so you can explore various VR demos and more.

You click here to buy a Google Cardboard from the company’s online store.