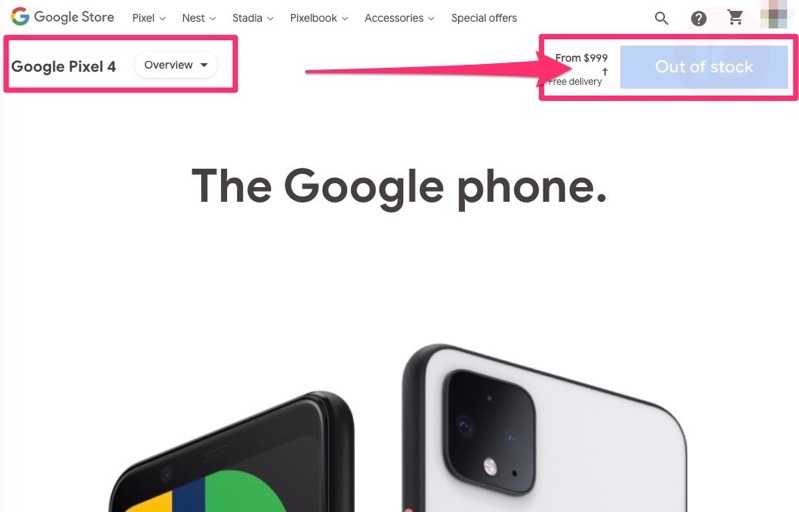 Google has confirmed it is no longer selling its Pixel 4 and Pixel 4XL smartphones. The company’s American and Canadian websites now list the Pixel 4 and 4XL as out of stock.

The company confirmed sales have now ceased in a statement to The Verge, saying, “Google Store has sold through its inventory and completed sales of Pixel 4 [and] 4 XL.”

Google says existing stock remains at some partners while supplies last. The company did say the Pixel 4 will continue to get software updates “for at least three years” from when the smartphone was first made available in October 2019.

Apple’s oldest device still set to support iOS 14 this fall will be the iPhone 6s and iPhone 6s Plus, which launched back in September 2015.

The company launched a new smartphone this week, the Pixel 4a, priced at $479 in Canada, undercutting Apple’s iPhone SE, which starts at $599 CAD.