Google Duo has today received a handful of new features to help users stay connected during the global pandemic while making conversations with their loved ones even more special. A new Family mode in Google Duo lets users doodle on video calls for everyone to see and also surprise them with fun effects and masks. 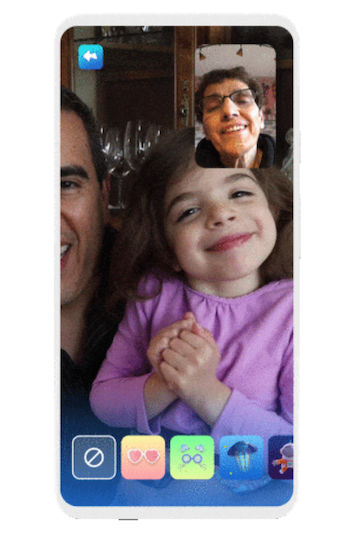 To get started with the new Family mode, simply start a video call, tap the menu icon, and then tap Family. Users don’t have to worry about accidental mutes or hang-ups because those buttons are hidden while users are playing together. The new family mode is available to anyone signed into Duo with their Google account.

In addition to bringing masks and effects to its new family mode, Google Duo is bringing them to all one-on-one video calls on iOS and Android, starting this week with a Mother’s Day effect.

In the coming weeks, you’ll be able to make group calls with Duo on the web, starting as a preview on Chrome, alongside a new layout that lets you see more people at the same time. To make getting together easier, you’ll also be able to invite anyone with a Google account to join a group call with just a link.

You can grab the latest Google Duo update via the App Store at this link.

Following Morgan Stanley's estimate that Apple’s App store net revenue tumbled a record 5% last month, CNBC's Jim Cramer has said that investors should ignore negative calls about the iPhone maker and hold onto their shares. “The next time you hear this Apple mishegoss, you need to recognize that you’re still getting one more buying opportunity in...
Usman Qureshi
34 mins ago