In an effort to help teachers check students’ work for originality and plagiarism, Google of Education has today launched a new ‘Assignments’ tool that helps ensure student work is authentic with originality reports while also offering constructive feedback with comment banks. 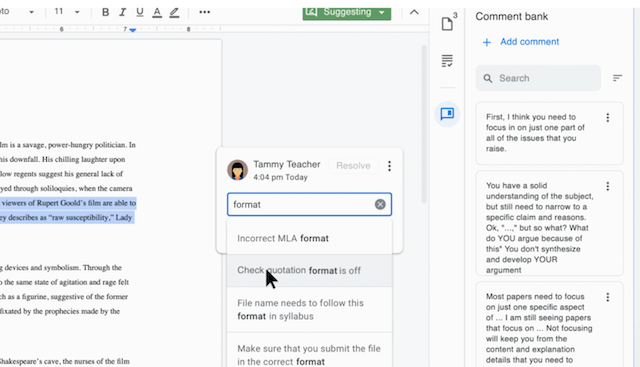 According to Google, Assignments can be used as a standalone tool or as a companion to the traditional Learning Management System (LMS). With originality reports in Assignments, teachers can check student work for missed citations and possible plagiarism without interrupting their grading workflow.

When students turn in a document, Assignments will check students’ text against hundreds of billions of web pages and tens of millions of books. If originality reports are enabled on an assignment, students can also check their work for authenticity to correct issues:

Assignments streamlines the creation and management of coursework, and tackles some of your biggest frustrations:

Assignments will be available for free as part of G Suite for Education in a few weeks. You can sign up to get access to Assignments when it becomes available at this link.