Google is Developing a Gesture-Based Keyboard for iPhone

According to a report by The Verge, Google is working on a keyboard for the iPhone, that will support gesture-based typing, GIF searches and more on iOS devices. The source believes that the keyboard, which will support a variety of search options and other features to set it apart from the stock iOS keyboard, has been in development for months, though it is not yet known when Google actually plans to release it. 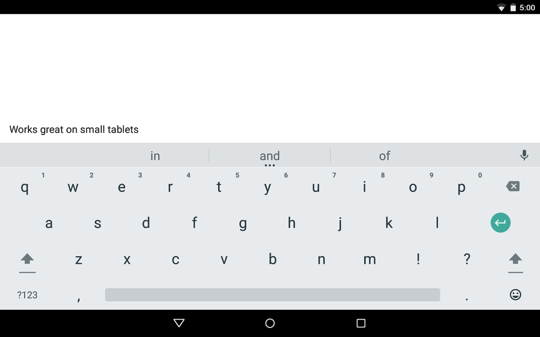 Similar to the Google keyboard for Android, the source notes that Google keyboard for iOS will allow gesture-based typing, letting users slide their finger from one letter to the next and let Google guess the intended word. Tapping the Google logo will give access to web search, with distinct buttons for pictures and GIF searches, both of which will be powered by Google image search. It must be noted that while Android keyboard supports voice search, it does not yet have image searching support.

While Google all but holds a monopoly on the global search market, there’s evidence that mobile search is proving much less lucrative for Google than the desktop. Using publicly available numbers, journalist Charles Arthur argued in October that half of smartphone users perform zero searches per day. The problem for Google — and for Alphabet, its parent company — is that search is where Google shows users its most expensive ads. Any sign of decline in search would be an existential threat to the company.

The source claims that Google keyboard for iOS has been in circulation among employees for months and has been designed to boost the number of Google searches on Apple’s mobile platform.