In its latest effort to help users get around safely during the ongoing global pandemic, Google has added a bunch of new safety features to Google Maps which alert users about COVID-19-related travel restrictions while also helping them avoid crowds and delays. 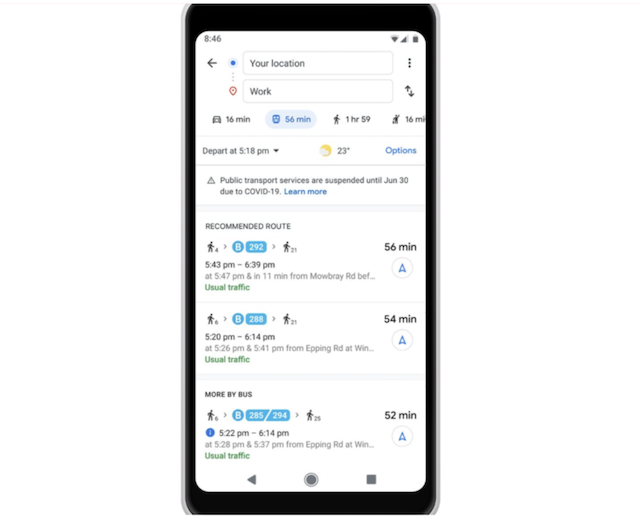 Starting today, when you look up public transit directions for a trip that is likely to be affected by COVID-19 restrictions, Google Maps will show relevant alerts from local transit agencies. These alerts can help you prepare accordingly if government mandates impact transit services or require you to wear a mask on public transportation.

We’re also introducing driving alerts to notify you about COVID-19 checkpoints and restrictions along your route, like when crossing national borders (starting first in Canada, Mexico and the U.S.). You’ll see an alert on the directions screen and after starting navigation if your route is impacted by these restrictions.

We’re now making it simpler for people to contribute crowdedness information for their transit lines. Look up Directions, tap through to see the Transit Details, then scroll down to find crowdedness predictions (where available).

The new Google Maps features are now live on iOS and Android apps.