Google today has announced the Explore feature in Google Maps for mobile users in Canada has been updated to make it even easier to discover new places around you, as explained by Nicole Bell, Communications Manager of Google Canada, in a blog post:

It’s as easy as opening your Google Maps app, setting your location, and then tapping “Explore around you”. You can even tell your Maps app how far of a walk or a drive you’re willing to take, and what time of day you’re looking for.  The Maps app will give you a list of local spots to help you satisfy your craving or discover a new favourite.

We just quickly tested this feature out and it appears to work as advertised. Navigate to a section of the map and the Explore feature bar appears along the bottom. Tap it, then you’ll see a list of places to visit by category around you: 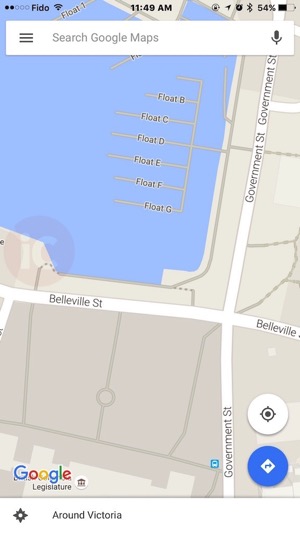 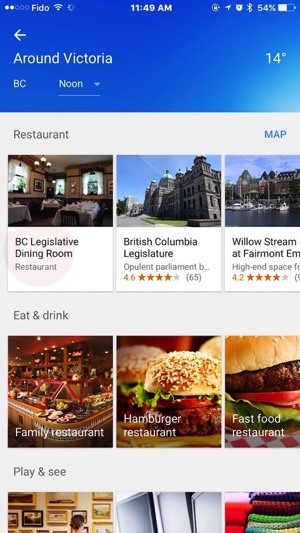 Results can be narrowed down by distance, time of day and category, while images and user reviews are also included to help your search. Google says recommendations are smart, giving an example of how Maps may suggest something like a restaurant based on existing visitors who have frequented a previous place you’ve been to before.

Yesterday it was reported Google is set to launch advertisements within Google Maps, such as “promoted pins”, which could be a company’s logo appearing on a map, making it easier to identify a store or location.

Let us know if you’re going to give this a shot!