Back in January, Google confirmed its Google Maps iOS app was rolling out a speed trap feature to numerous countries worldwide, including Canada.

While we didn’t see the speed camera feature in our area at the time, they recently appeared during navigation in the recent weeks, and now TechCrunch reports Google has indeed confirmed the iOS and Android feature rollout is live, which includes Canada and the following countries:

There’s also a speed limit feature which shows in the corner of Google Maps, but that isn’t available for Canada yet.

Along your navigation route, if speed traps are present, you’ll see an icon representing a camera along your route, as seen below on Highway 17 in Victoria, B.C., near Elk Lake: 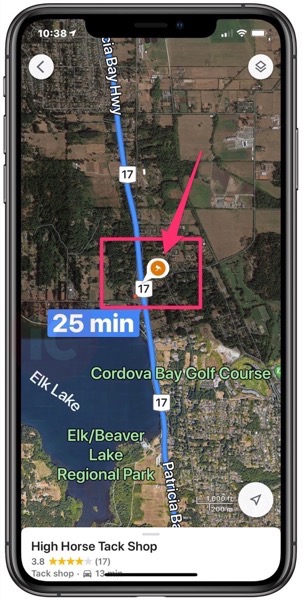 This speed trap feature in Google Maps is borrowed from its sibling navigation app, Waze, while data based on feedback from Google Maps users.

Are you seeing this speed trap feature within Google Maps for iOS or Android?