The rollout was originally spotted by Android Police, but now Mashable has received confirmation from Google what countries are gaining these new features, which includes Canada (speed cameras only):

We confirmed Google Maps is starting to roll out the ability to see speed cameras and speed limits on the mobile app. Speed cameras will post for users in the UK, U.S., Australia, Russia, Brazil, Mexico, Canada, India, and Indonesia, while speed limits will post throughout the U.S., UK, and Denmark.

As you can see from the image below (via Android Police), new speed camera icons and visual and audio alerts show up on navigation routes, when approaching a speed trap: 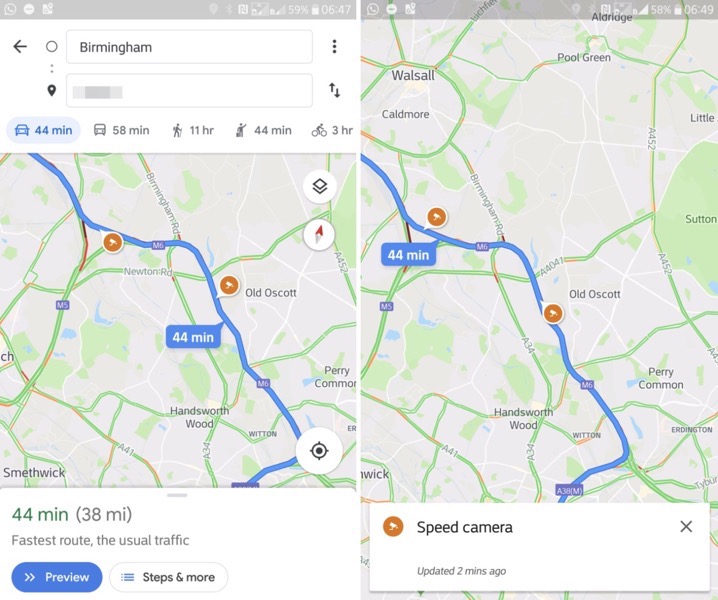 Meanwhile, the screenshot below (via Android Police) identifies speed limits as you are navigating to your destination. Sadly, Canada is not part of the speed limit rollout yet. 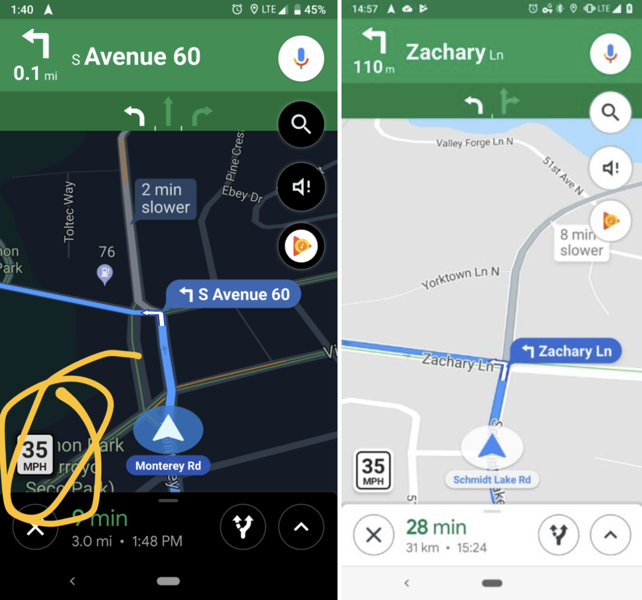 This marks the first time Google Maps is rolling out these features to Canada and the USA, beyond initial test areas in San Francisco, California, and Rio de Janeiro, Brazil.

These new speed trap and speed limit features have been staples of Google-owned Waze for some time, and it looks like select Google Maps users will finally be able to benefit from information of the sister app, as these features slowly roll out.

As for speed limits, Apple Maps users gained access to the feature last August. It’s only a matter of time before Google Maps will similarly gain speed limits as well.

Let us know if and when you see speed trap notifications within Google Maps for iOS.