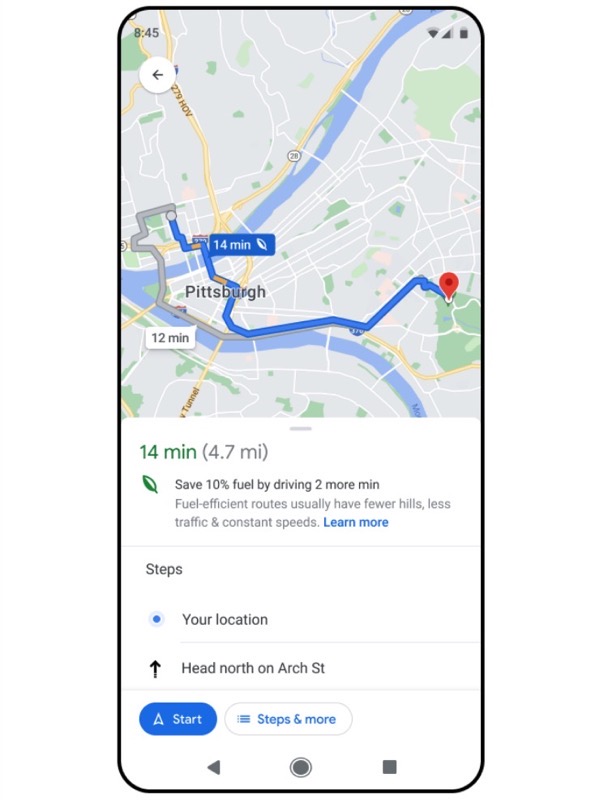 Google Maps has launched eco-friendly routing in Canada for iOS and Android users. The feature was first launched back in the U.S. in October 2021, but is now available in Canada to “encourage sustainable living.”

Eco-friendly routing in Google Maps for iOS and Android allows drivers to make sustainable choices when going from point A to point B, leveraging artificial intelligence, explained a company spokesperson to iPhone in Canada.

The feature will factor in traffic, road steepness and other variables to suggest routing that is optimized to use the least amount of fuel, saving you money on gas. 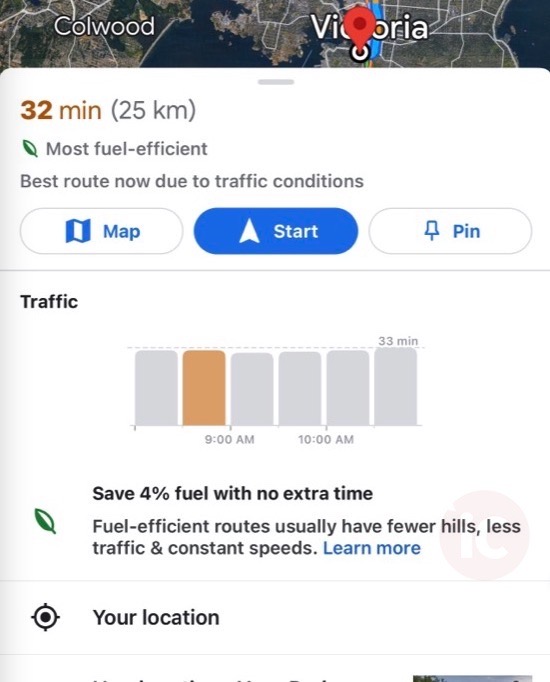 When you get directions to a location, you’ll now see a ‘leaf’ icon and also mention of how much fuel you can save by using the eco-friendly route. “Save 4% fuel with no extra time,” says the message in our screenshot above. Google says “fuel-efficient routes usually have fewer hills, less traffic and constant speeds.”

Google says eco-friendly routing is enabled to ‘on’ by default. You can disable the feature within Google Maps in iOS by tapping your profile picture, then heading to Settings > Navigation settings > Route Options > Fuel-efficient routes.

According to Google, the fuel-efficiency estimates only apply to gas or diesel cars, and not electric vehicles. Eco-friendly routing was enabled through a back-end update and should be showing now within Google Maps on iOS and Android.

Terry Gou, the founder of Apple supplier Foxconn, was instrumental in convincing the Chinese government to ease COVID-19 restrictions in the country, which were significantly affecting iPhone production — reports The Wall Street Journal. The information comes from unnamed sources familiar with the proceedings. According to the report, Gou sent Chinese leaders a letter over...
Nehal Malik
29 mins ago