Google Meet Gmail Integration Begins Rolling Out to All Users

As part of the video conferencing land rush started by Zoom, Google moved Google Meet videoconferencing out of its paid, premium tier and made it available to anyone with a Google account last week, and now, the company has decided to integrate the feature right into Gmail, The Verge is reporting. 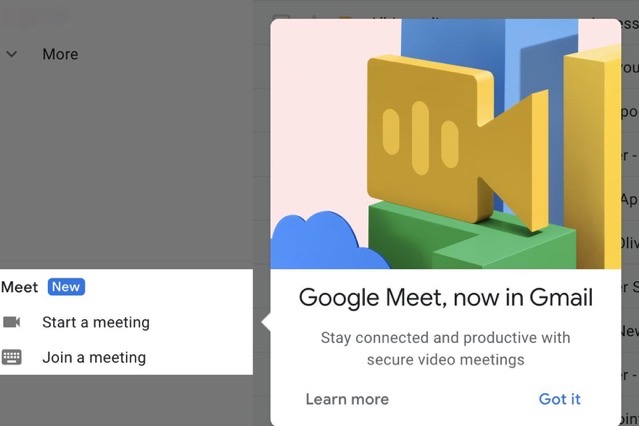 The source notes that some users are already seeing a link to launch Meet in the left sidebar of the Gmail interface.

Previously, Meet was only available to paying customers of G Suite, Google’s line of enterprise apps that includes Gmail, Drive, and Docs. And while anyone could join a meeting by clicking on a link, creating a meeting required a G Suite membership.

“Our approach to security is simple: Make products safe by default. We designed Meet to operate on a secure foundation, providing the protection needed to keep our users safe, their data secure, and their information private,” wrote Javier Soltero, Vice President & GM, G Suite in a blog post.

The free version of the product requires a Google account, and video calls have a 60-minute cap. It allows up to 100 participants and includes features such as screen sharing and real-time captions.