Google’s Messages 5.8 beta has recently been released on the Play Store and the folks over at 9to5Google have already spotted some interesting findings inside its code, including an upcoming feature that will allow users to send iMessage-like reaction text messages to people without Rich Communication Services (RCS). 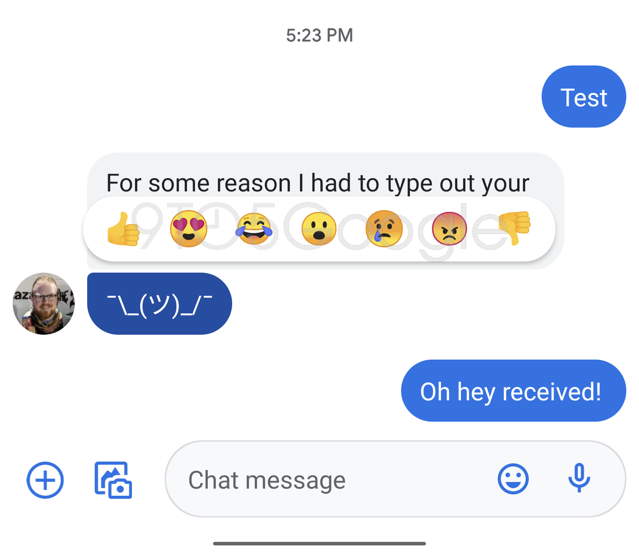 Users who don’t use Google’s advanced text messaging and are unable to see a thumbs-up bubble reaction will get a written description, such as “liked a photo” or “laughed at a text.” These text responses are called “fallback” texts and in iMessage, they’re sent in place of reaction messages to anyone who doesn’t use iMessage.

The source also points out this feature could further the “green-versus-blue bubble war between Android and iOS users” as iMessage and Google Messages users could find it frustrating to receive fallback texts from each other.


“I wonder how long it will take for reactions to become usable in RCS apps beyond Google Messages. If people who use Verizon Messages or Samsung Messages aren’t able to properly send and receive reactions, and instead get these fallback texts, then one could argue that messaging fragmentation has gotten worse instead of better with RCS.”

Google Messages 5.8 is now available for download on the Play Store to beta testers