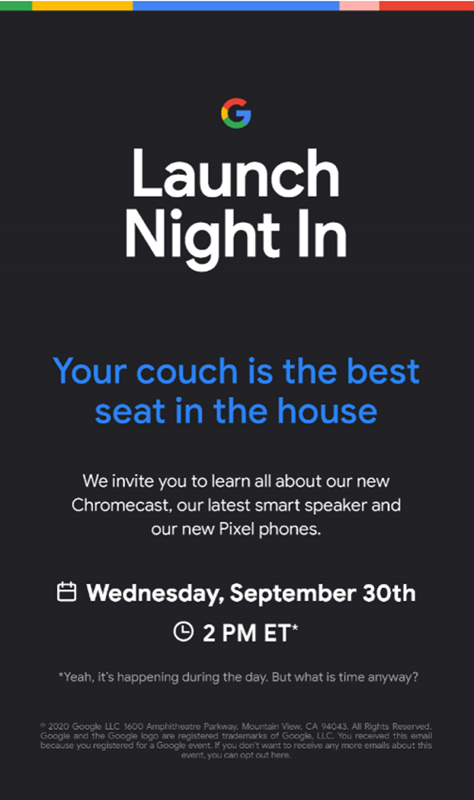 Google has announced it will be holding a Made by Google virtual event with tag line “Launch Night In” on Wednesday, September 30, 2020.

An invite to the media says, “Your couch is the best seat in the house,” adding, “we invite you to learn all about our new Chromecast, our latest smart speaker and our new Pixel phones.”

The event’s fine print reads, “yeah, it’s happening during the day. But what time is it anyway?”

The virtual event is set to start at 11AM PT/2PM ET on Wednesday, September 30.

Back in August, when Google announced the Pixel 4a, the company also mentioned the first 5G-enabled Pixel smartphones, the Pixel 4a (5G) from $679 and Pixel 5, would be coming this fall.