Google back in December launched a new feed for its app for iOS and Android users in the United States, and starting today, the feature has launched in Canada.

The feed within the Google iOS app now changes into two sections, one set of cards for interests like news, sports, entertainment, etc., while the other is for personal info, such as upcoming flights, appointments and others. 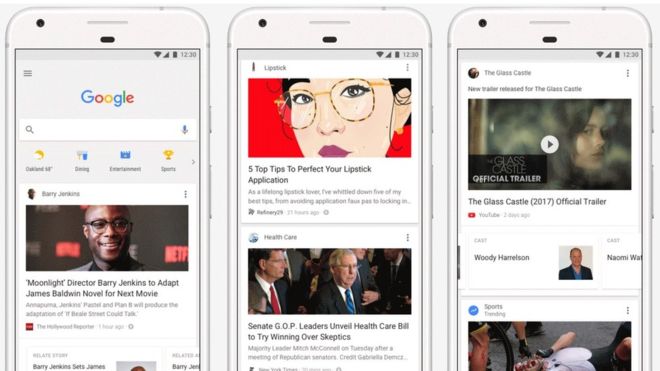 Google says since the feed launched eight months ago, they’ve “advanced our machine learning algorithms to better anticipate what’s interesting and important to you.” Users will now see a customized feed based on what’s trending locally and worldwide, on top of based on your search interactions with Google.

Users will now also be able to follow topics right from Search results, while new cards will have headers showing your interests, which you can search for instantly.

In regards to news stories, the feed will “have multiple viewpoints from a variety of sources, as well as other related information and articles”, to users fact check, a move that looks to help fight #fakenews.

Google Canada confirmed to iPhone in Canada the new feed is launching here today for iOS users and Android.

Click here to download Google for iOS in the App Store. The app was updated a week ago to show results faster, instantly as you type.

Apple and Swedish mobile telecom gear maker Ericsson today announced that they have signed a multi-year, global patent license agreement that will effectively put an end to a long-running legal spat over 4G, 5G, and other cellular technology patents. "We are pleased to settle the litigations with Apple with this agreement, which is of strategic importance...
Nehal Malik
59 mins ago