Canada Post and Google have teamed up to display package tracking information within Google Now, available via the cards feature, which scans your Gmail account for tracking numbers (like it already does for UPS and FedEx). Here’s an image below of Google Now on iOS (via the Google iOS app) tracking a recent order from Amazon.ca (no, it’s not for me): 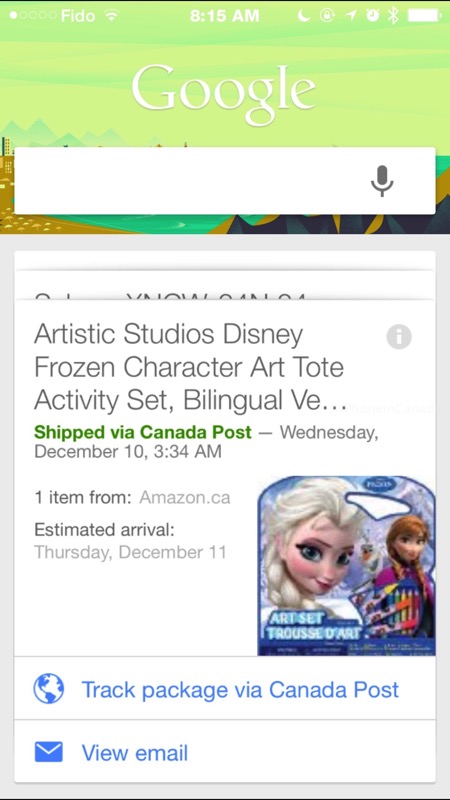 Even though I’m well aware of Google Now and its capabilities, every time I see a card appear via a scan of my Gmail it still surprises me.

Canada Post says last year Canadians tracked their packages over 99 million times via the company’s website and mobile apps. This year, that number is expected to grow to 165 million before the peak holiday shopping season.

If you’re looking for a package tracking app, hands down the best is Junecloud’s Deliveries for iOS.