Google One VPN Launches for iPhone and iPad Users 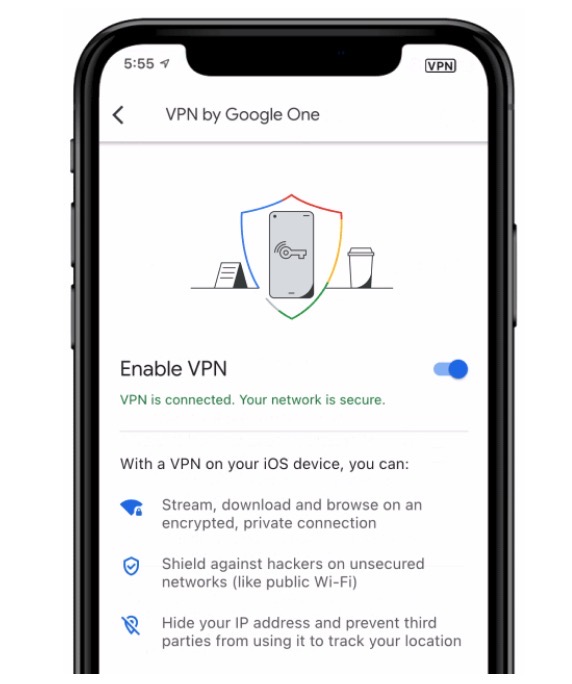 To access the VPN on iOS devices, it’s available through the Google One app for iPhone and iPad. The VPN allows you to browse the internet privately, while also securing your data when using open public Wi-Fi.

“When you turn on the VPN, your online data is protected by traveling through a strongly encrypted tunnel. The VPN by Google One will assign you an IP address based on your current country so that websites can show you the right content for your region. But the websites can’t determine your precise location, like what city or region you’re in,” explains Google.

Currently, the following countries can access Google One’s VPN service when they subscribe to a plan with 2TB or higher: