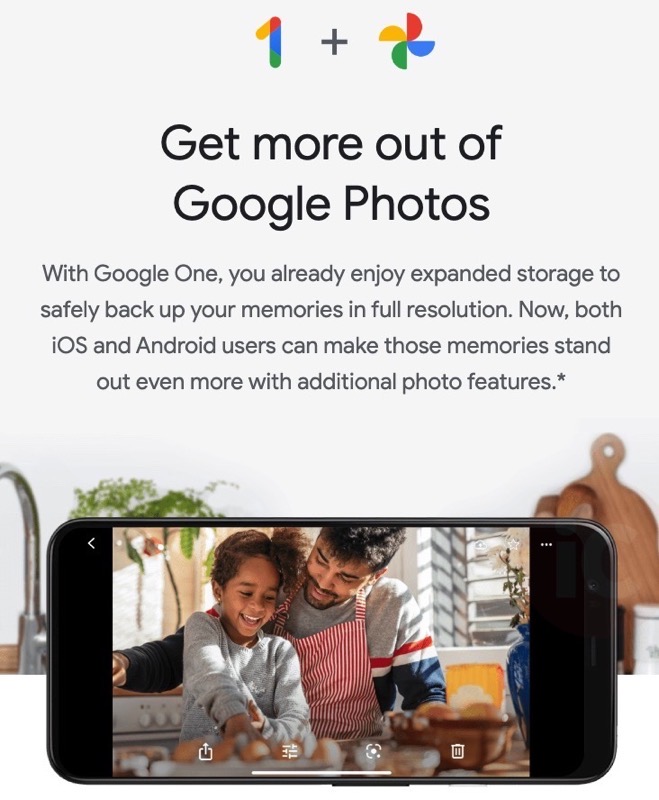 “With Google One you already enjoy expanded storage to safely back up your memories in full resolution. Now, both iOS and Android users can make those memories stand out more with additional photo features,” explained Google’s email we received.

Previously, these extra editing features were only available for Android users, but now iPhone and iPad users can access them too.

Here’s how to use the extra Google Photos editing features:

Google says these extra photo editing features “are subject to change and are available on devices with at least 3 GB RAM running Android 8.0 or iOS 14.0 and above.”

Currently, a Google One perk includes a free Nest Hub, for those signing up for a 2TB annual plan.

Netflix has made good on its warning of an impending crackdown on account password sharing in early 2023, explaining its new rules in a Help Center article (via The Streamable). According to Netflix's estimates, more than 100 million users across the globe use another person's Netflix account to access the service. Netflix hopes that implementing...
Nehal Malik
24 mins ago