YouTube channel PhoneBuff has shared another one of their speed tests, this time showcasing the latest Google Pixel 3 XL versus Apple’s iPhone XS Max. 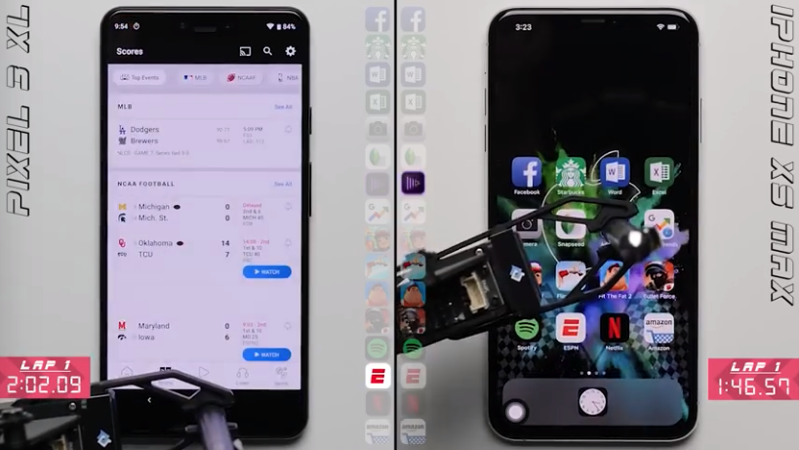 In previous speed tests, PhoneBuff founder David Rahimi would use his fingers to tap in his application speed test, but his latest tests use a programmed robotic arm. The test runs both phones through a list of applications, then revisits them to test multitasking capabilities.

PhoneBuff says they ran the tests multiple times on each phone and the results were “consistent”.

Now, rarely do people ever open apps in consecutive sequences so quickly like these video tests in real life, but the tests do show how much better the iPhone is when it comes to multitasking thanks to iOS 12, compared to Google’s latest flagship. However, in our quick usage of the Pixel 3 XL, it’s still a fast phone with a very crisp display.

Today, Samsung has revealed the Galaxy S23 series of devices. During its annual keynote, the company revealed details on the new flagship devices encompassing the Galaxy line. This year, Samsung is pleased to announce the Galaxy S23, Galaxy S23+, and the premium Galaxy S23 Ultra. The new series of Galaxy phones iterates on its predecessors...
Steve Vegvari
21 mins ago

Samsung’s annual Galaxy Unpacked event was held today, showcasing a new lineup of devices. Of course, while the company’s new Galaxy S23 series of smartphones were revealed, Samsung took time to reveal the new Galaxy Book3 laptops. This year sees the launch of a lineup of fresh premium PCs from Samsung. Samsung is launching four...
Steve Vegvari
21 mins ago

Last July, Tim Hortons proposed a free hot beverage and one free baked good, as a settlement in the privacy class action lawsuit involving the coffee chain’s mobile app. Fast forward to today, this free coffee and donut offer has been court approved, according to an email sent out to those involved and received by […]
Gary Ng
22 mins ago