According to a report by Android Police (via BGR), who have analyzed recent code from Google apps, one of the new features Google is planning to introduce in its upcoming Pixel smartphones is strikingly similar to the iPhone’s 3D Touch. Google’s apparently “stolen” feature for the Pixel phones will allow app icons to have shortcuts that will work just like the iPhone shortcuts, although a pressure-sensitive screen might not be required. 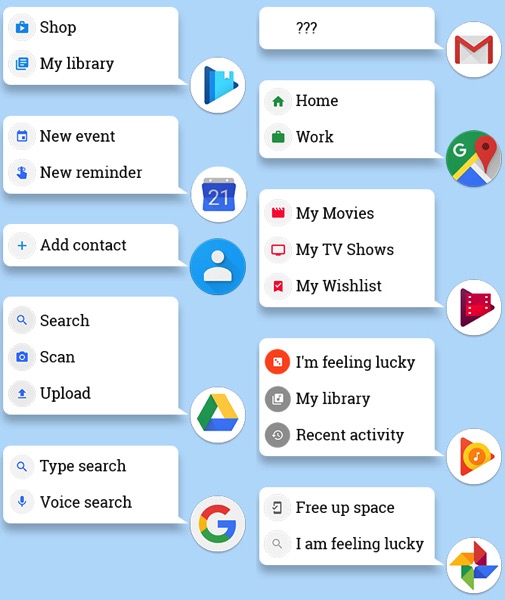 As you can see in the mockup image above, Google could use other gestures to bring up app shortcuts, since so far rumors have not mentioned any pressure-sensing hardware for the Pixel or Pixel XL. The source claims that this unnamed Google gesture should help users reach certain in-app items faster than before, just like Apple’s 3D touch.

Meanwhile, as Google gears up to launch its new Pixel smartphones, it is putting up huge Billboards across the U.S. to advertise its upcoming event on October 4th. As pointed out by The Verge, although this type of advertising is not atypical for Google, the difference is that the big ads are focused on the hardware now.

We should all be excited about this move from Google. The first generation of Pixel phones might not immediately wow us, but that will be because they are the first generation. The first iPhone didn’t even have an app store. But once a company takes the reins of both hardware specs and software changes, it can coordinate the two and build up a cumulative advantage, much like Apple has.

Google looks set to finally accept the responsibility that many of us thought it already had: to provide a legitimate competitor to the iPhone that didn’t have to overcome a billion hurdles just to be an equal footing.

It is believed that Google’s Pixel phones will be something altogether new, and could well set the whole mobile industry on a whole different trajectory.