Yesterday, a report by Android Police citing unnamed sources claimed that a standalone Google Assistant app will be launching soon on iOS, possibly at Google’s I/O conference this week. Today, a new Bloomberg report citing “a person familiar with the matter” notes that the Mountain View, California-based company is set to announce a version of its AI-powered assistant for the iPhone as soon as Wednesday. 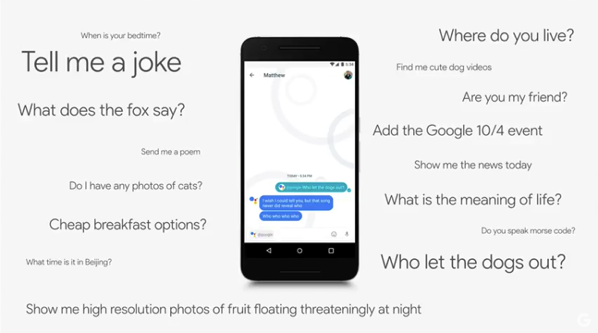 The publication claims that in addition to Android smartphones, Google plans to bring its AI software to at least three more places i.e. iPhones, coffee tables and kitchens. For iOS, the app will be made available as a free download on the App Store, initially in the U.S. only, with support for Canada and other countries being added later this year.

On the iPhone, Google’s Assistant will take commands via voice, similar to Google’s own Pixel smartphones. The app will integrate with other Google apps on the iPhone so a user could ask to see a video and it will begin playing via YouTube.

Google is also integrating its Assistant into GE home appliances such as refrigerators, dishwashers, ovens, washers and dryers. Users will be able to ask the Assistant how many cleaning pods are left in the dishwasher, or tell it to pre-heat the oven to 350F, or ask if the laundry is clean.

Google’s AI will show up in other new products this week. The company’s popular Photos app will be upgraded with a feature for creating physical coffee table photo books, according to the person familiar.

Google has so far not officially commented on the matter.