Google has announced today it will now support severe weather notifications for Canada on Google Public Alerts, in both French and English:

With floods and spring showers in the forecast, Canadians can now receive warnings of drastic weather changes directly to their mobile device or desktop.

Essentially when you search for relevant keywords or location-based queries, alerts will pop up on mobile and desktop screens. This new addition is a collaboration between Google along with Public Safety Canada and Environment Canada.

Below are a couple examples of what alerts will look like when seen on search and Google Maps (Android device example below): 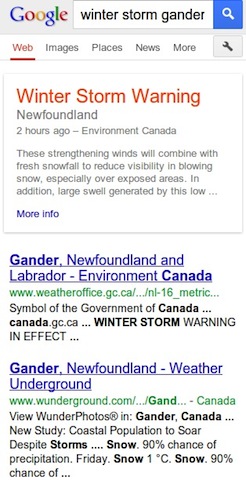 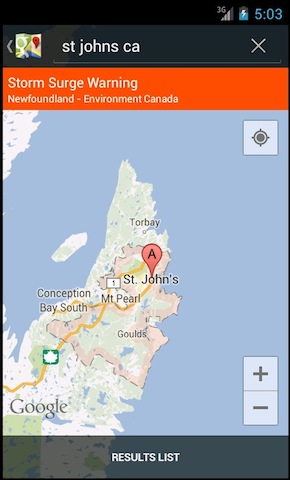 There are currently no weather warnings in Canada right now so we were unable to test this feature on our iOS devices. According to iPhoneinCanada.ca reader Jon Snow, a steward from the Night’s Watch, when “winter is coming” in seven months this will be a handy feature.