Google is already going down the custom silicon path for the Pixel 6 smartphone, but according to a new report, the same is also happening for laptops and tablets running Chrome OS. 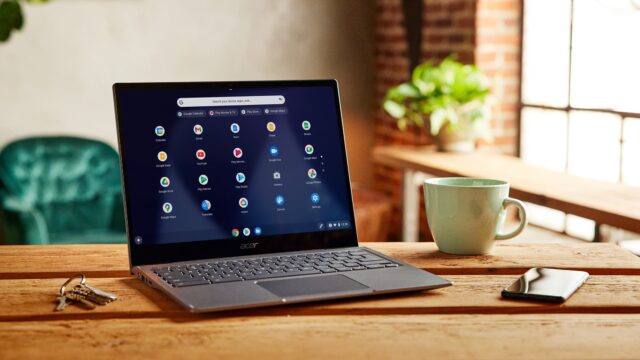 A new report in Nikkei Asia notes that Google’s first custom-designed microprocessors — System on a Chip (SoC) — designs should appear in Chromebook “laptops and tablets” in 2023. The publication cites three sources who are familiar with Google’s plans.

While the report doesn’t list any specifications for the processors, but given that it would be for Chrome OS devices, we probably shouldn’t anticipate seeing anything mind-blowing in terms of performance.

According to Nikkei‘s sources, Google’s transition to custom CPUs for laptops and tablets was inspired by Apple, which began a similar transition last year. After using Intel CPUs for over a decade, the Cupertino company began switching to Apple Silicon, starting with the Apple M1 that’s now inside the MacBook Air, the iPad Pro, the 24-inch Mac, and more. Devices with this new processor have proved successful, so Google wants to try something similar.

Last year, Google began developing chips for its Pixel phones, and it was reported that subsequent versions could be used to run its Chromebook products, but without a specific release timeframe. But Nikkei‘s report on Wednesday said the new Google chips could arrive within the next two years.

The new processor is expected to be based on an ARM design, and will inevitably end up being compared to Apple’s M1 chips. The biggest challenge for Google may not be designing the chip or even competition on the consumer market. With the current global semiconductor shortage expected to last for years, Google may struggle to actually get the chips manufactured.