Google Street View is an amazing feature of Google Maps that allows you to zoom into an intersection and move around in it from the Maps interface. The images you see on Google Street View are not live but they are real life images taken to provide a virtual tour of city streets. 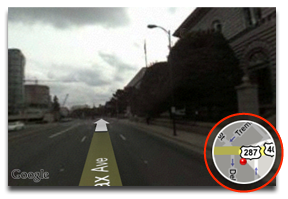 Well, as many know this feature has yet to hit Canada with any real momentum. The feature is available in numerous countries around the world in North America, Europe, and the Asia-Pacific region but you can view it with the most locations in the USA.

Street View support was also added to the iPhone Google Maps with firmware update 2.2. When using the Google Maps on your device, if you drop a pin on an intersection in the USA for example, the ‘little-guy-with-a-head’ icon (AKA: Pegman) lights up and you tap Pegman to begin Street View. However in Canada, Pegman does not light up 🙁 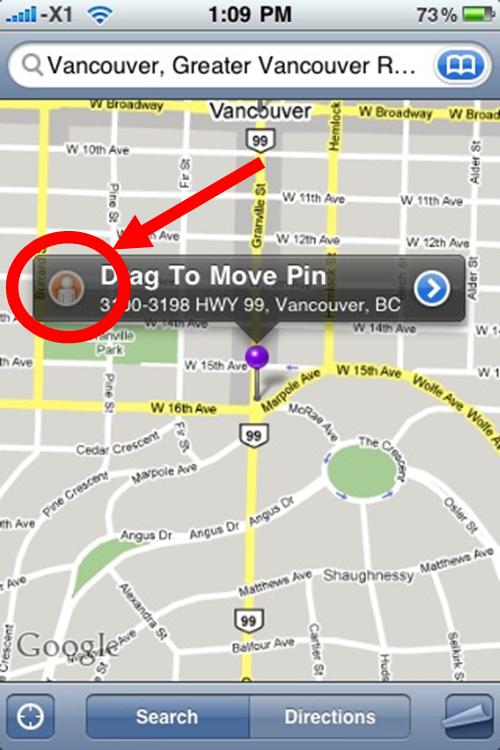 But there is hope! There have been numerous Canadian sightings of the Google Street View car cruising around Canadian cities in preparation for Google Street View Canada. Well a really neat picture hit my inbox this morning from long time iPhoneInCanada.ca reader ‘belami’ that shows one of those very cars cruising around in Mississauga, Ontario near Eglington Avenue.

I wonder what that discoloration or damage is on the back passenger door? 🙂 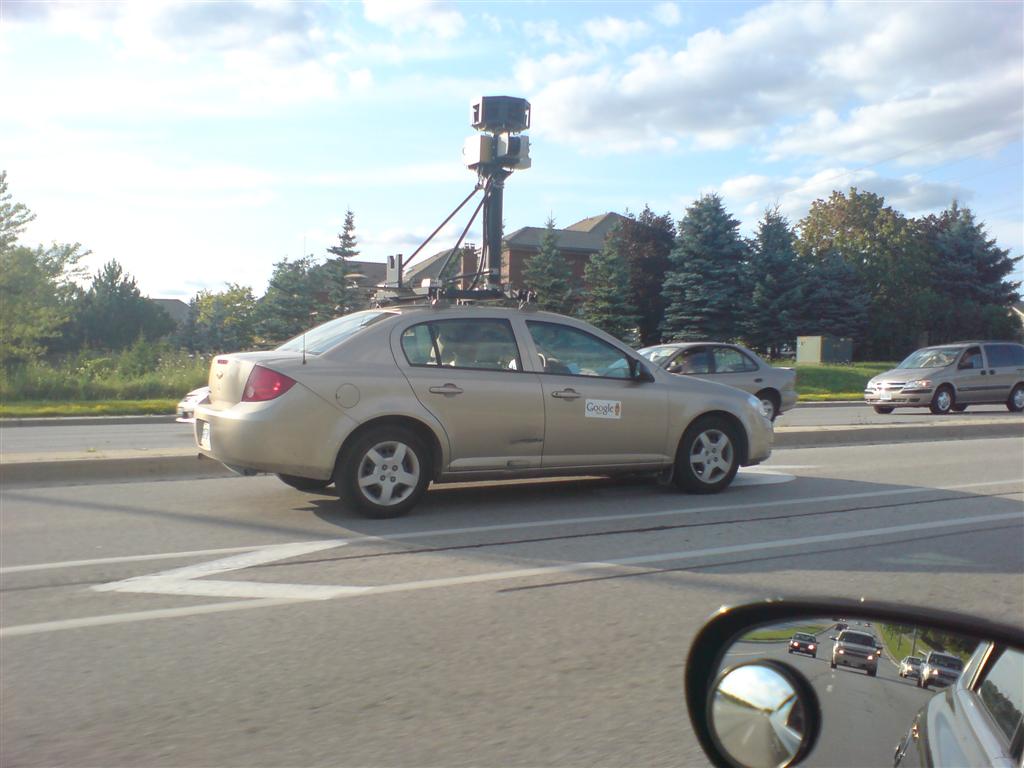 Although I do have to say I was a little disappointed when I saw the car. It really is quite an ugly contraption. Yes it says “Google” on the side passenger door, which is awesome, but I really expected Google to be cruising around in some kind of epic Apple “iCar”.

Car preferences aside, this is great news as Google Street View is becoming increasingly accessible to Canadians! You can check out a list of Canadian cities that Google is driving around in right now.

All that is needed is for Google to wrap up with the photos, get some Canadian iPhone support and we’re all good!

Have you seen the Google Street View car in your city?

Thanks again to Belami for the Google Car photo!