Google has announced it has added 1,001 new destinations to Street View to various locations around the world, and part of the update includes the following list of Canadian theatres, which the company says is “just in time for the summer theatre season”: The Shaw Festival Theatre, Edmonton’s Citadel Theatre, Manitoba Centennial Concert Hall, Roy Thomson Hall and the Four Seasons Centre for the Performing Arts, home of the Canadian Opera Company. 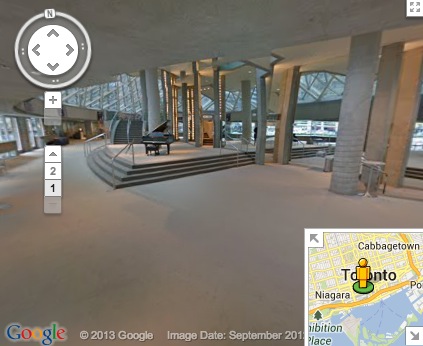 Google has been consistently adding new Canadian Street View location. Back in April, the company noted it was in the process of bringing Parliament Hill to the forefront, thanks to the their Street View Trolley, which allows all of their equipment to fit on a push-cart to allow easy navigation through doorways and around obstacles. Let us know if you spot some new areas with Street View!