Check Out Google’s ‘Switch to Android’ App Running on iPhone 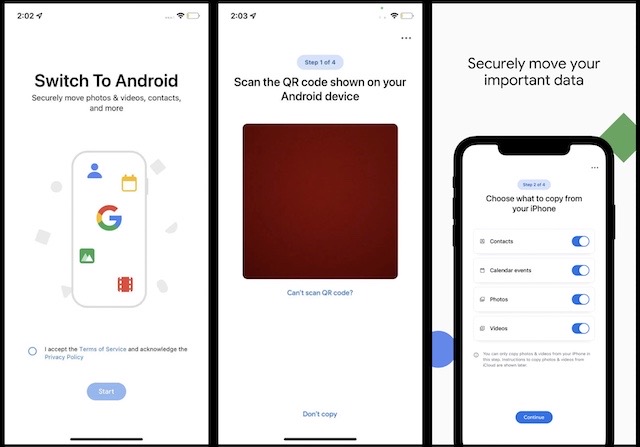 Apple has offered a ‘Move to iOS’ app for Android that makes it as easy to join Apple’s ecosystem for the past few years, and now, Google is looking to release its own app to help iPhone customers switch to an Android.

‘Switch to Android’ has now been soft-launched into the App Store as an unlisted application. Once installed, the app explains what exactly it will be able to copy from the iPhone to the new Android phone, including “photos, videos, contacts, and more.” 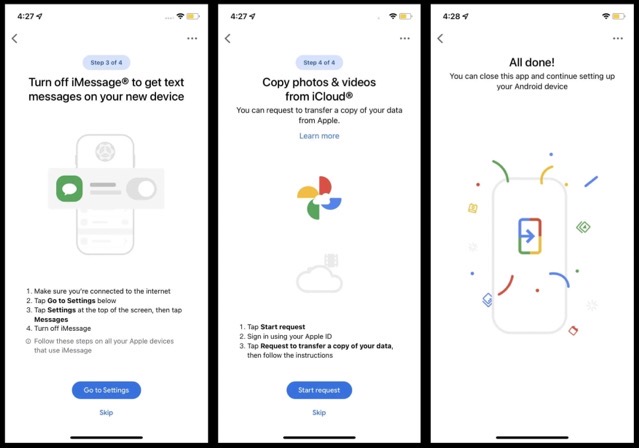 The next step asks you to scan a QR code which should be shown on the Android phone during the setup and restore process.

“We can see a preview of how this step will work thanks to screenshots included in the App Store listing. In them, we see toggles for “Contacts,” “Calendar events,” “Photos,” and “Videos.” Below these toggles, there is a disclaimer that only the photos and videos saved locally on your iPhone will be copied over to your new Android, and that media in your iCloud will be handled later.”

At this time, however, it is not known when Google officially plans to release the ‘Switch to Android’ app in the App Store.