A common mistake people make is not selecting all the labels/folders you want to be pushed to your account. It might be a good idea to go into your Mail settings and do this now if you’ve experienced issues.

1. Go to Settings–>Mail, Contacts, Calendars–>Select your Gmail Exchange account
2. Under Mail Days to Sync, select: One Month.
3. Under Mail Folders to Push, tap and select/tick as many folders/labels you want. Good ones to tick off: Inbox, Sent Mail 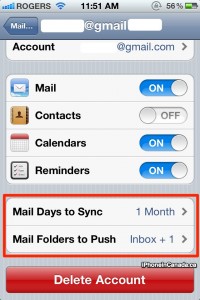 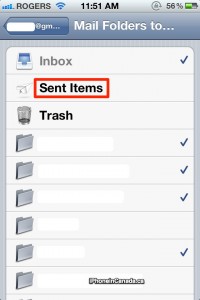 Now, launch your Gmail Exchange (Google Sync) account. Tap the folders you just selected to be Pushed and if you give it some time to refresh–your mail should now appear.Â Earlier today, Google updated Google SyncÂ to allow for server side search for all emails, instead of just emails stored locally.

Let me know if this works for you. I’d like to see a standalone Gmail app in the App Store. With Apple approving more apps from Google (think Google Latitude), this is one on my wish list.Â Earlier today, Google updated Google SyncÂ to allow for server side search for all emails, instead of just emails stored locally.