According to The Wall Street Journal, Google and Audi are set to announce they are working together to develop in-car entertainment and information systems based on Android, at the Consumer Electronics Show (CES) in Las Vegas next week, in an attempt to compete with Apple’s “iOS in the Car” feature, which is set to debut in iOS 7.1. 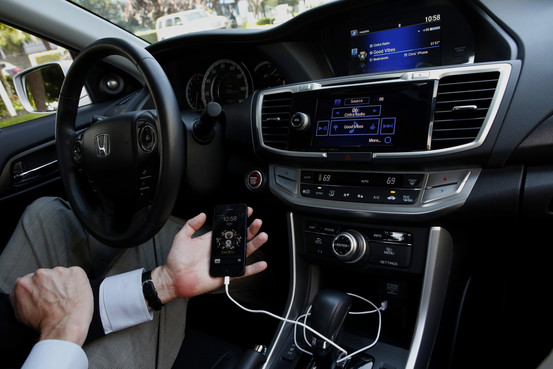 The publication also claims that the two companies plan to disclose collaborative efforts with other automotive and tech giants, including chip maker Nvidia, to establish Android as an important technology for future vehicles. The announcement clearly reveals Google’s plans to battle Apple’s ongoing efforts to integrate iPhones and other iOS devices with car makers’ dashboard control panels.

“The car is becoming the ultimate mobile device,” said Thilo Koslowski, an analyst at the research firm Gartner Inc., who specializes in advanced in-car electronics. “Apple and Google see that and are trying to line up allies to bring their technology into the vehicle.”

Apple and Google already compete fiercely in an array of digital businesses, ranging from smartphones and tablet computers to mobile apps and Web browsers. With 80 million new cars and light trucks sold each year, automobiles represent a significant new opportunity for Internet-based software and services.

So far, Apple has the support of BMW, Mercedes-Benz , General Motors and Honda Motor Co. The company has previously said that it expects a dozen more car brands to adopt the technology in 2014.

The Roku Channel has shared its list of free movies and TV shows hitting the ad-powered streaming service in Canada for October 2022. Check out the full list below Movies The Death and Life of John F Donovan The Intruders Mama Rhymes for Young Ghouls Wolves The Woman In Black Alaskan Nets The Delinquent Season […]
Gary Ng
55 mins ago