Google has just added a teaser page to its online store, announcing that it’s new smartphone, most likely the lower-priced ‘Pixel 4a,’ will be launched on August 3rd, as noted by CNBC News. Google’s new budget phone is expected to compete directly with Apple’s new iPhone SE. 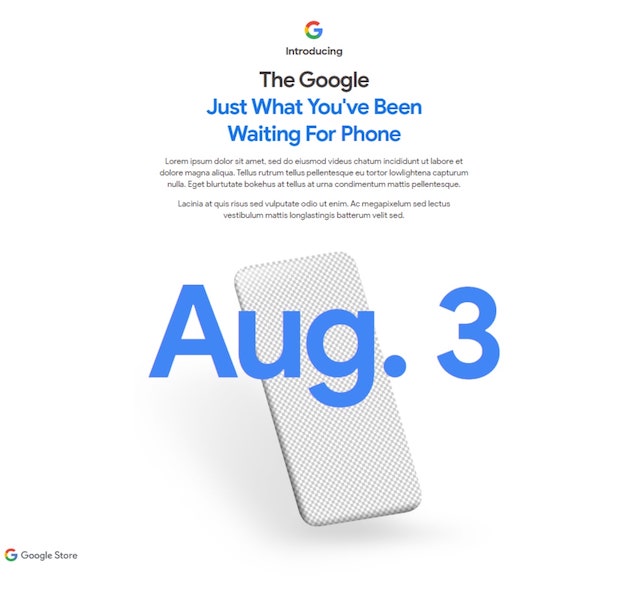 Google’s 2019 flagship was the Pixel 4, so this will likely be a watered-down budget version of that phone, much like the new iPhone SE which offers the same powerful processor as the flagship iPhone 11 and bonus features like wireless charging and water resistance. In Canada, the iPhone SE 2020 starts at $599 CAD.

“Google’s page has a hidden Easter egg that reveals the date: you need to tap the boxes on the top of the page in order (blue, red, yellow, blue, green, red) before the August 3 date is revealed

It’s still not clear when the phone will be for sale or how much it will cost.”

Based on earlier leaks, the Google Pixel 4a will be housed in a plastic body with a 5.81-inch OLED FHD+ display and an improved resolution of 2340 x 1080. It will feature a 12.2-megapixel primary camera with the usual autofocus and OIS/EIS similar to the Pixel 4, and will be capable of recording 4K video @ 30 FPS.