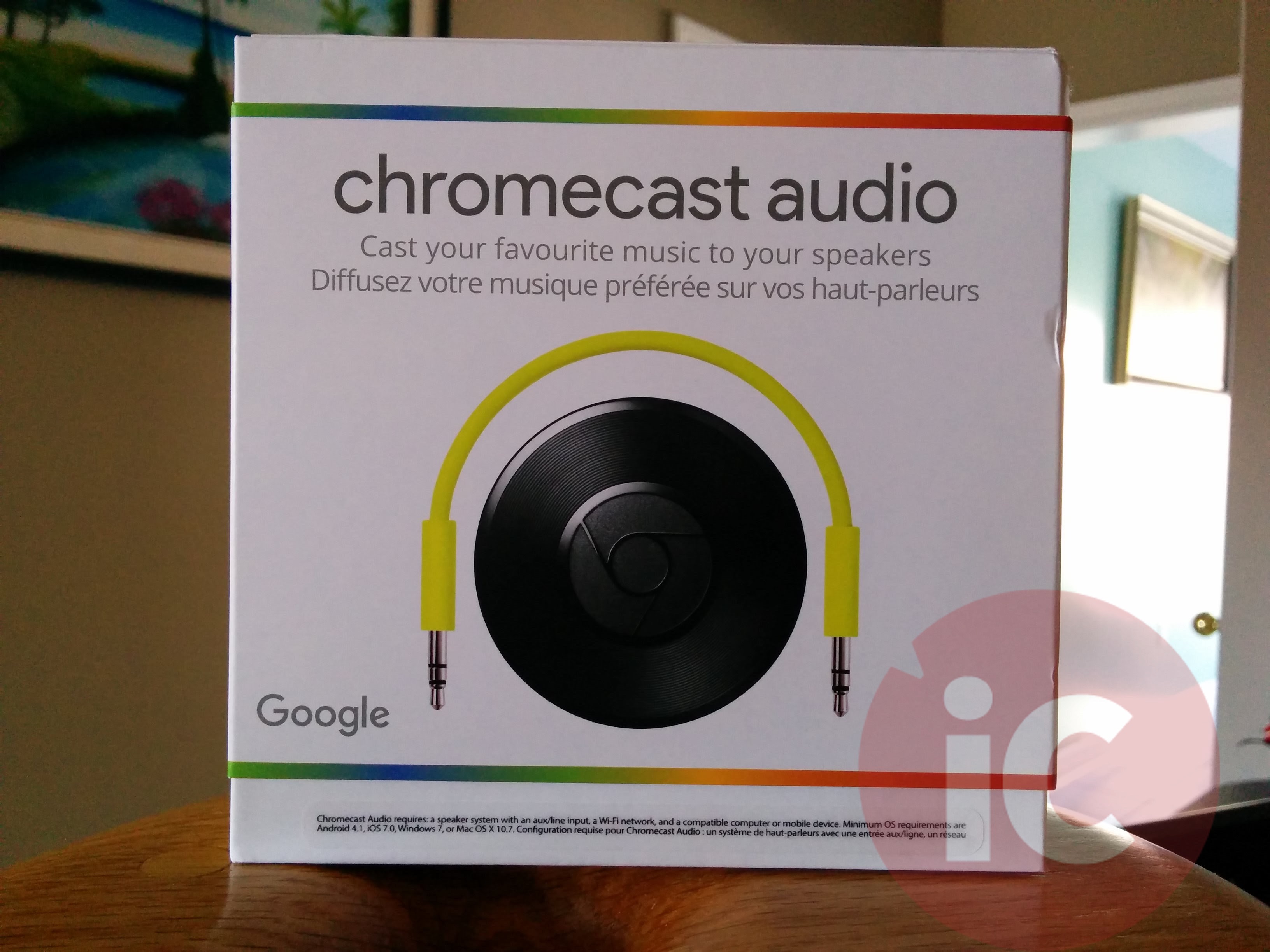 On Tuesday, Google unveiled a number of new hardware products at its media event. One of the devices they unveiled and released was the Chromecast Audio. 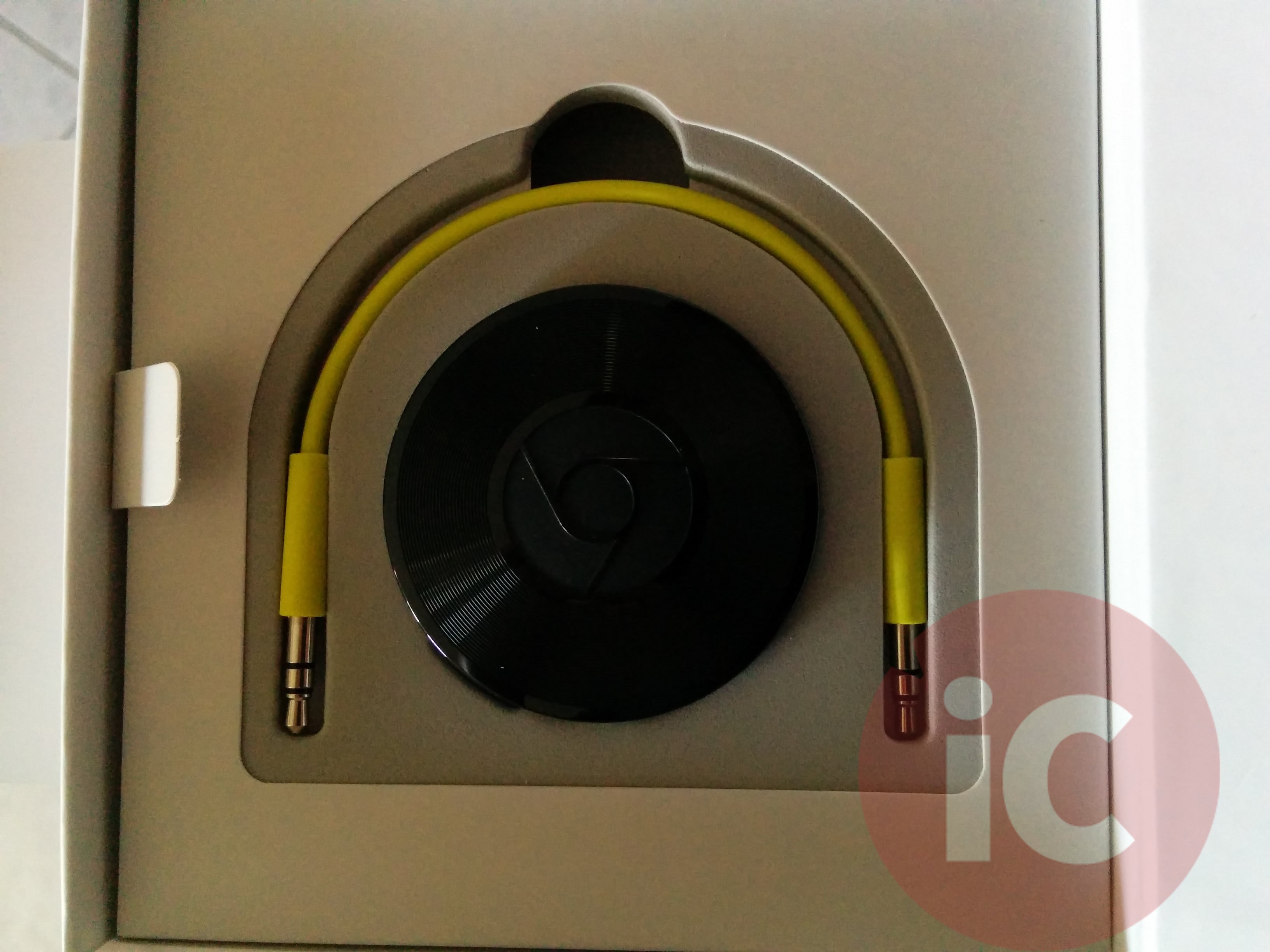 Chromecast Audio is a small device that plugs into your speaker for streaming music over Wi-Fi. In addition to the device itself, Google includes a 3.5mm audio cable and micro-USB charging cable with the power brick in the box. 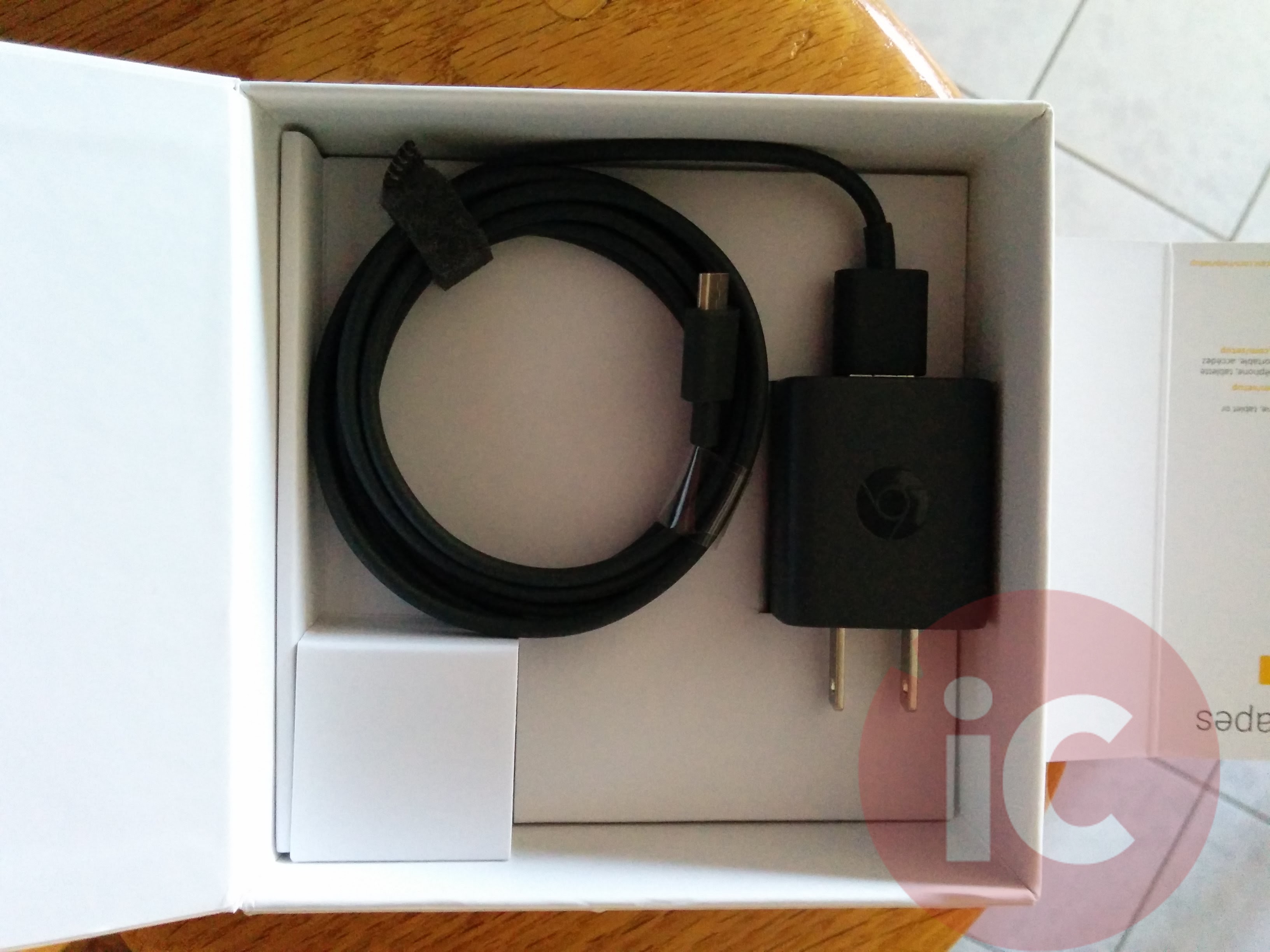 The device supports other speaker inputs, including RCA and Optical, however additional cable purchases are required.

Setting up the device is super simple. Plug in one end of the Chromecast Audio into your speaker using the included 3.5mm audio cable and plug the other end into power. An LED on the device will indicate that it has power. 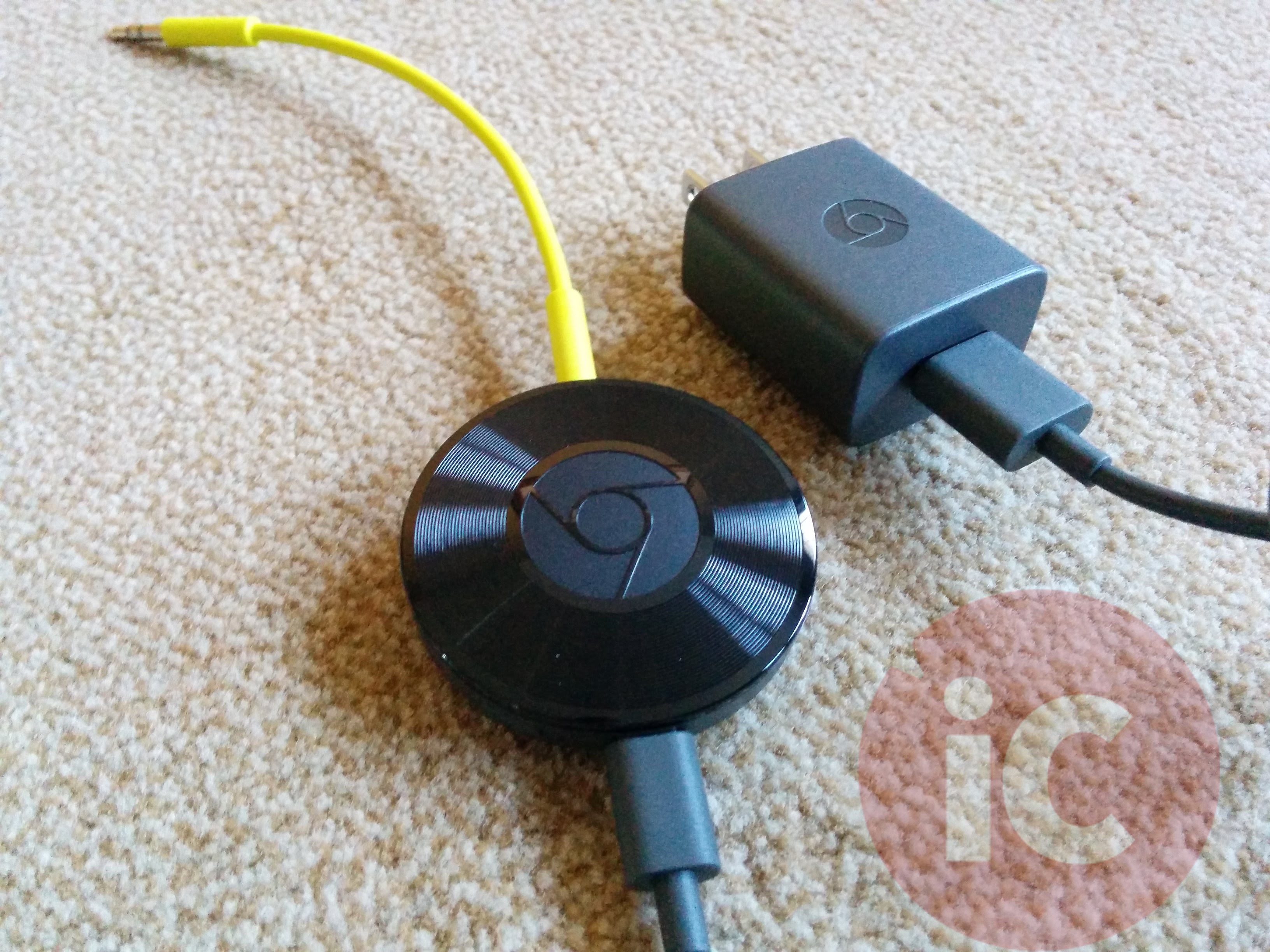 The next step is to visit chromecast.com/setup from your phone, tablet, or laptop to configure the device’s name and network settings. It is important to note that the setup process only has to be done once. Unlike traditional wireless or bluetooth speakers, Google eliminates the need to setup the Chromecast Audio every time you want to use it with a new device.

Once you set up the device, simply use your iPhone, iPad, Android device, Mac or Windows laptop, or Chromebook to cast your favourite tunes to the best speakers in the house. Google’s Chromecast Audio supports a wide variety of streaming services, including Google Play Music, Spotify, Rdio, TuneIn Radio, Songza, and many other Google Cast-enabled apps.

Google’s Chromecast Audio was super easy to setup and upon first use it seems to deliver exactly what Google promised. Playing music from various streaming services works flawlessly. Unlike traditional Bluetooth speakers, the device doesn’t drain your phone or tablet’s battery because once the Chromecast Audio knows what song you are playing it will stream the music directly. Your phone or tablet is then simply used as a controller, allowing you to play, pause, and adjust volume. 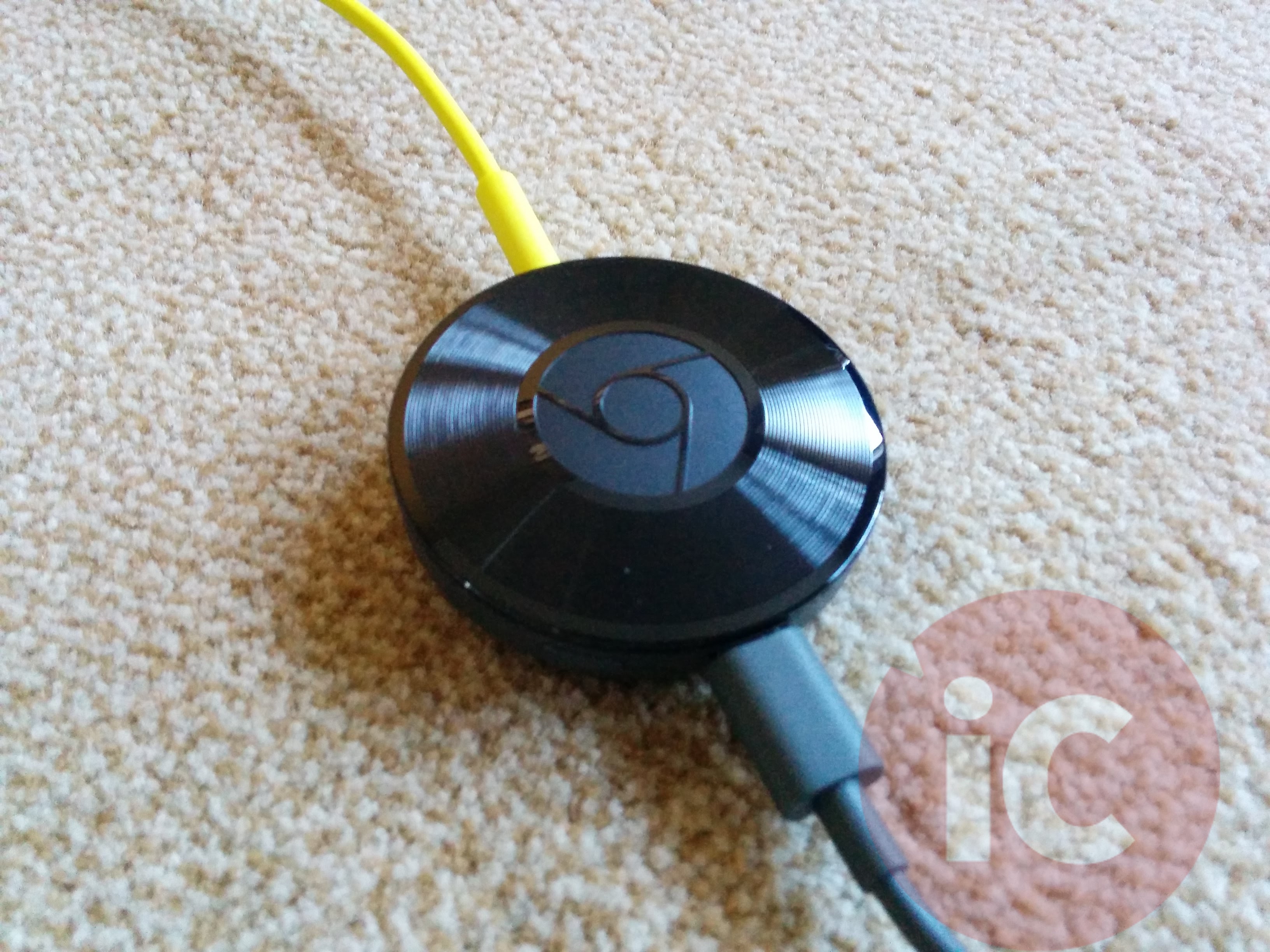