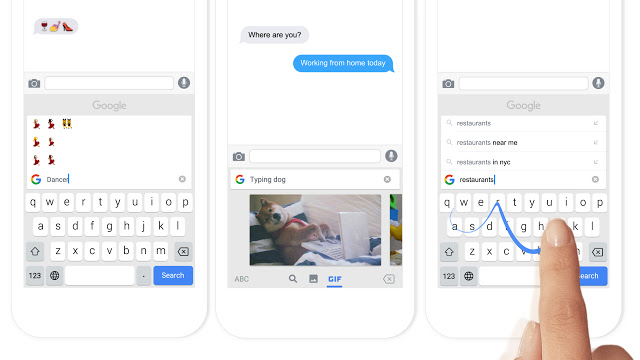 Google has updated Gboard for iOS today with support for Simplified Chinese with four different layouts, including Pinyin (QWERTY and 9 key), Wubi, and Stroke.

Google is making a big push for those who type in Simplified Chinese, offering users four different input methods to suit their personal preferences. The update also brings improvements to the voice input functionality and squashes those unwanted bugs.

Gboard is a new keyboard from Google for your iPhone. It has all the things you would expect from a great keyboard, including GIFs, emojis, and Glide Typing, plus Google Search built in. I have been using Google Keyboard since it launched and I have not looked back!

Gboard for iOS is available as a free download from the App Store. The app requires any device running iOS 9.0 or later and does not contain any in-app purchases.