Earlier in October, Google announced that the Recorder app would debut on its new Pixel 4 smartphone. This voice recorder app had a very special function that set it apart from the rest––the ability to auto-transcribe recordings on the device itself. Many were elated by the news, although at the time, Google stated that the app would be exclusive to Pixel 4. However, following the release of Pixel 4, the company did express interest in bringing it to more devices. 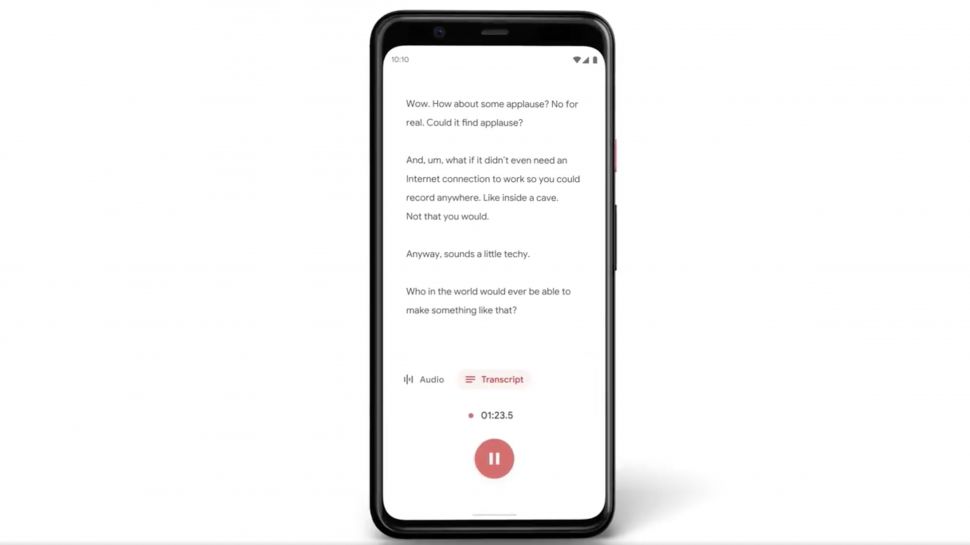 As reported by Android Police, the Recorder app has officially launched on Pixel 2, Pixel 3, and Pixel 3a. While this may not be the widespread release many have hoped, Google has opened the gate just a little, allowing more users to take advantage of the app’s functions.

For quite some time, Google never had its own in-house recording application. On top of that, any user that conducted interviews or recorded live audio was forced to use third-party apps such as Otter to then transcribe the audio. Google created a remedy for both these issues by developing the Recording app and baking it into Pixel 4 upon release.

Where many transcription apps require users to upload their data through to the servers, the Recording app made by Google uses an advanced language processor to transcribe audio on the device. The Recording app can also drown out applause or background chatter for a cleaner and more polished transcription. Currently, the app only supports the English language, but Google has said more will be added in the near future.

It is still undetermined if this signals the beginning of a more widely distributed release of the Recording app. If you have a Pixel 2 or more decent Pixel device, you can install the Recording app from the Play Store.