According to the South Korean press, their Government made an announcement on Monday that it is going to offer various programs for early software education to young students in the shape of “Korean Steve Jobs” project; a project that is designed to “foster creativity and passion into young students studying software development”, PatentlyApple reports. 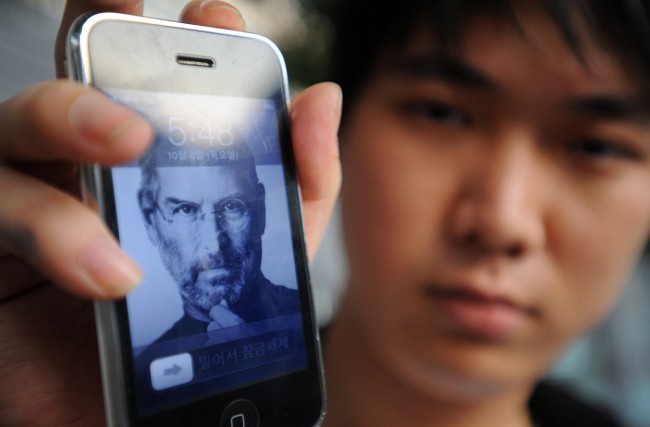 The two big Korean manufacturers of electronics i.e LG and Samsung, while great at producing a wide variety of high-end devices in addition to supplying the industry with key high quality electronic components for smartphones and tablets, lack the power to seamlessly connect software to hardware features like Apple does. The Korean Government, who believes that this connection is the only way to ensure long term success in the war of electronics, is now hoping to produce a “super class of software developers” starting with elementary schools.

“The Ministry of Science, ICT & Future Planning announced on August 12 that it would offer various programs for early software (SW) education. There are many activities for promoting SW education for children and youths around the world, but things are less than satisfactory in Korea. The ministry’s move is to overcome this situation.”

Yoon Jong-rok, vice minister of Science, ICT & Future Planning stated that “To help students make the best use of software, the language of the 21st century, we will implement various education policies. If we make efforts to turn children crazy about games into game developers, we will be able to produce creative and talented people armed with SW like Bill Gates and Steve Jobs.”

The report also notes that the Korean Government is also planning to hold a “SW creativity camp”, with special focus on hands-on experience.

Another new support video has been shared by Apple on its YouTube channel, and this one detail how you can customize Focus settings on your iPhone and choose when you want to receive alerts and notifications. While you’re setting up a Focus, you can select people and apps you want to receive notifications from by either...
Usman Qureshi
17 mins ago

Apple has shared another informative video on its YouTube support channel, and this one explains how you can use two cellular lines on a single iPhone with Dual SIM support using an eSIM or a digital SIM. For those who don’t know, an eSIM is a digital SIM that allows you to activate a cellular...
Usman Qureshi
41 mins ago

Google on Thursday shared a teaser video for its first smartwatch, dubbed the Pixel Watch, ahead of its expected announcement at a launch event confirmed for October 6. Check out Google's full Pixel Watch teaser below: https://www.youtube.com/watch?v=_p7v1PTABSU The teaser introduces us to the design of Google's oft-rumoured smartwatch against the backdrop of some thumpy music,...
Nehal Malik
46 mins ago