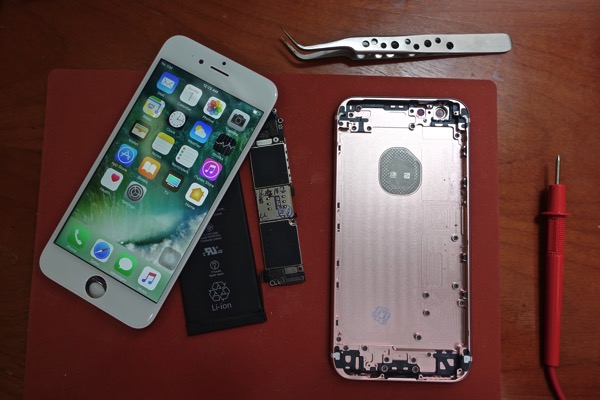 Scotty Allen, an American hacker and engineer who lives part-time in Shenzhen, China, has built his own iPhone using parts obtained from Chinese electronics markets. It took him nearly months and cost roughly $300 in parts to assemble a 16 GB, Rose Gold iPhone 6S that runs iOS 9. Allen has now published a 24-minute video explaining how he did it and wrote about the project on his website.

I’ve been fascinated by the cell phone parts markets in Shenzhen, China for a while. I’d walked through them a bunch of times, but I still didn’t understand basic things, like how they were organized or who was buying all these parts and what they were doing with them.

So when someone mentioned they wondered if you could build a working smartphone from parts in the markets, I jumped at the chance to really dive in and understand how everything works. Well, I sat on it for nine months, and then I dove in.