Apple Watch try-on appointments were made available today and numerous people have been able to see the new smartwatch in person to help their buying decision. 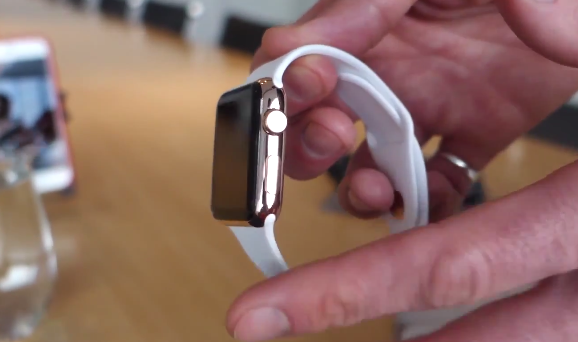 Those trying on the Apple Watch Edition get an 30 minutes sessions versus the 15 minute allotments for Apple Watch Sport and Apple Watch. YouTube channel TechSmartt has shared his private Apple Watch Edition try-on experience, available for viewing in high definition. This gives us the closest look we’ve seen of this model, which starts at $13,000 CAD and goes up to $22,000 CAD.

Check out the video below and let us know what you think. The try-on experience takes place in a separate room, and water is also offered as you can see on the table:

Other YouTubers have not been so lucky to film for so long, as Apple has been telling people to stop filming, like the video below from iCrackUrDevice:

How have your Apple Watch try-on experiences been today? Don’t forget to take our poll and tell us which Apple Watch you have ordered.