Purported Hands-On with the Yellow iPhone 5C Back Housing [VIDEO]

Sonny Dickson has continued his leaks of what appears to be more coverage yet again of the rumoured lower-cost iPhone 5C, this time showcasing a yellow back housing in a hands-on video.

Following the seemingly limitless number of iPhone 5C prototype pictures we’ve obtained and posted for your viewing pleasure, we’ve gotten our hands on something a little more interesting: A detailed hands-on video showing a yellow iPhone 5C back housing! Not only does this further drive home the idea that the 5C will come in multiple colors – it also adds to the already vast amount of confirmation about the device’s design. 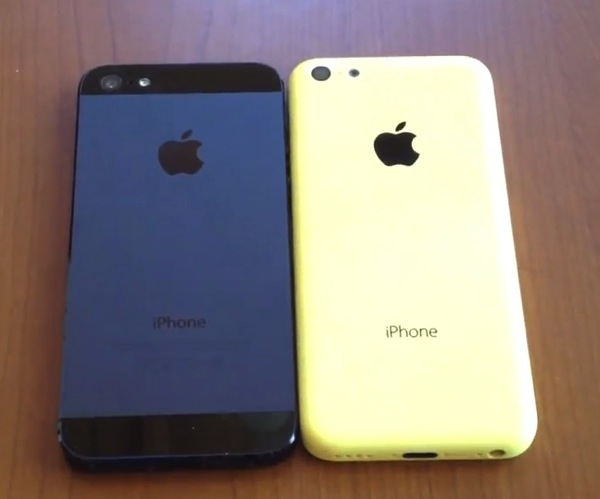 The video below shows the familiar plastic back housing that has made its way around the web, with Dickson recently sharing high quality images of the case in lime green and also pictures of the buttons. The back housing in the video is also compared to the original iPhone, iPhone 3GS, iPhone 4 /4S and iPhone 5:

John Gruber from Daring Fireball shared his views on the case for a lower cost iPhone last night, where he argues we should be worried if Apple limited iOS 7 in the iPhone 5C to differentiate it from the iPhone 5 and iPhone 5S:

Apple can withhold cutting edge software features from old devices; they can’t do that for brand-new ones. There can be no penalty for buying a lower-priced iPhone 5C, only rewards for splurging on the higher-priced models, and those rewards should revolve around hardware (camera quality, CPU speed, fingerprint sensor, etc.). The 5C is not about selling a piece of junk to some sort of unwashed masses; it’s about continuing to push the price down to expand the iPhone’s market without changing what the iPhone brand stands for. Siri is now a big part of that brand. If Apple thinks the iPhone 5S needs “protection”, then the 5S (and Apple itself) has problems.

He also speculates on the pricing of an iPhone 5C (Asymco previously shared their own speculation of what an iPhone 5C might cost):

All told, I think Apple could build and sell an iPod Touch-caliber iPhone 5C for $399, possibly as low as $349.

What do you think? Is this enough evidence to believe this lower-cost iPhone is inevitable?

Amazon has revealed its offering of free games arriving for Prime Gaming members. This month, subscribers can gain access to eight titles and new in-game content to a series of ongoing games. December sees Amazon host one final month of free games for the year. Closing out 2022, Prime members can redeem and play Quake,...
Steve Vegvari
13 mins ago

December 1st marks World AIDS Day and Apple is continuing to support Global Fund in its worldwide fight to stop AIDS. In doing so, Apple Stores around the world are promoting (PRODUCT)RED displays and products. Additionally, Apple is promoting apps, videos, and other materials on its products to help increase visibility. Since 2006, Apple has...
Steve Vegvari
55 mins ago