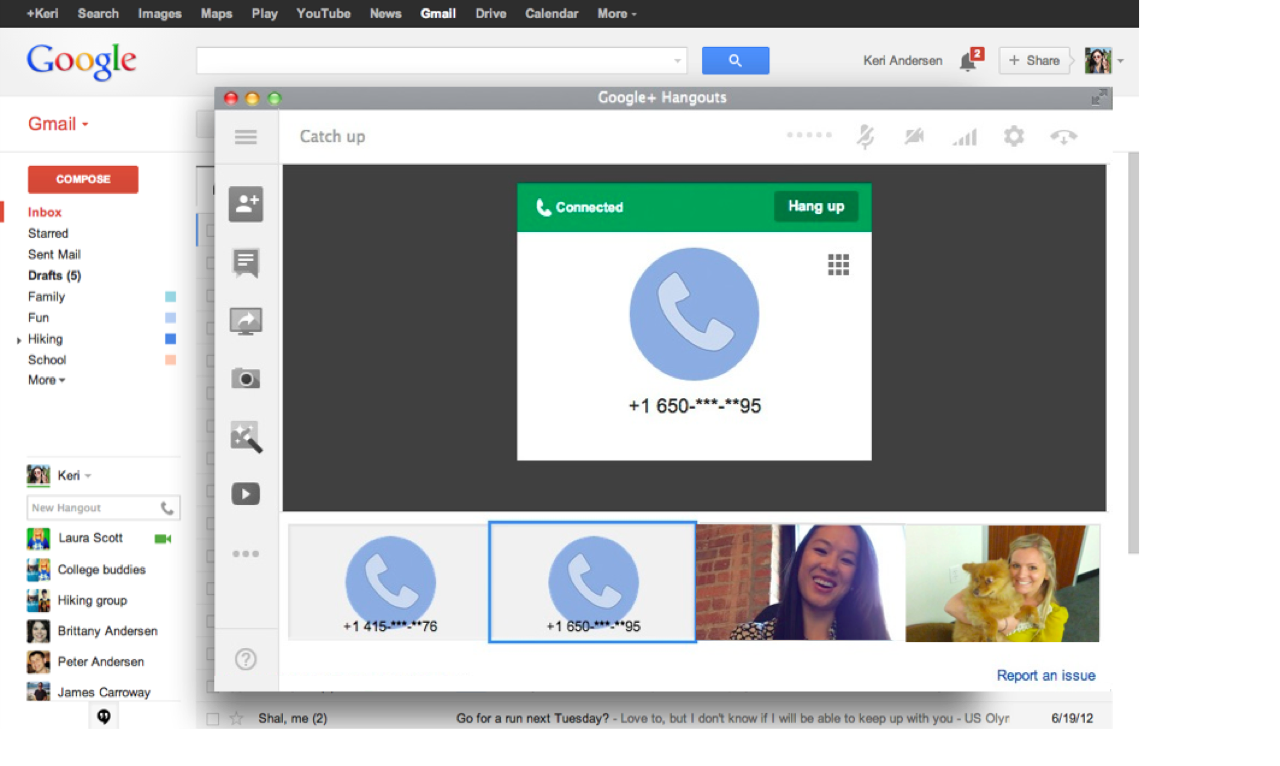 Google has today announced the return of free phone calling feature to Gmail with the latest Hangouts update, a feature that was temporarily removed a couple of months back. Google Hangouts, which replaced Google Chat, only allowed users to receive calls to their Google Voice numbers, while the ability to make outbound calls to landlines and mobile phones was removed. But now, Gmail users can once again make free phone calls to the U.S. and Canada, and other international numbers at the lowest rates.

“For those of you who have taken the plunge and are using desktop Hangouts in Gmail, Google+, and the Chrome extension, we’ve heard loud and clear that you miss the ability to make calls from Gmail, so today, we’re happy to announce it’s back – and better than before! “

To make a call from Hangouts, just look for the new phone icon in Gmail, or for the new “Call a phone” menu item in Google+ and the Chrome extension. And of course: if you haven’t yet tried Hangouts in Gmail, you can always click your profile photo in the chat list and select “Try the new Hangouts.”

Today’s Hangouts update also improves the desktop calling experience, by allowing addition of multiple phone numbers and video participants to the same call as well the ability to play sound effects, such as applause or laughter, with the Google Effects app.

The ability to make phone calls from Hangouts will roll out over the next couple of days.