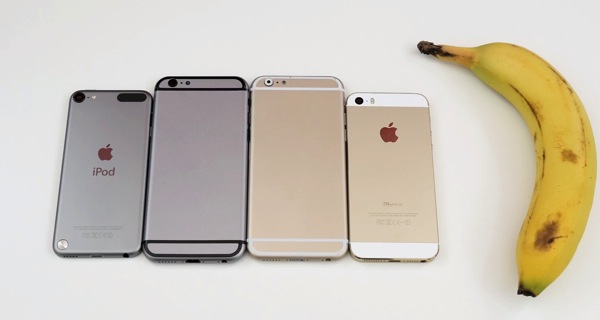 Earlier today we saw high quality images and video of the iPhone 5 compared to the popular and alleged iPhone 6 dummy unit making its way across the web.

A new HD video posted by 9to5Mac this afternoon gives a closer look at the gold and space gray versions of these iPhone 6 physical mockups. If you can’t get enough of these so called leaks, you’ll get another fix by watching the video below:

These dummy units were supplied with the help of Sonny Dickson, who has been a reliable source of leaks in the past.

Apple is rumoured to launch a 4.7-inch iPhone 6 this fall and a larger 5.5-inch model later on in September.