Facebook has introduced a new wake word that works with its family of Portal smart displays as well as the Oculus Quest platform. 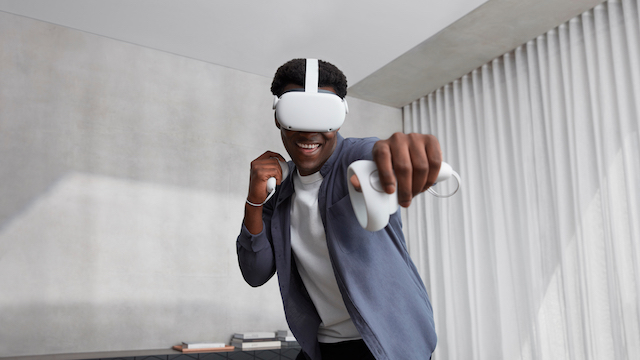 According to a new report from The Verge, you can now say “Hey Facebook” rather than “Hey Portal” to get your Facebook devices to listen to your voice commands.

Oculus launched voice commands for the Quest last year, but you’d still have to press the “Voice Commands” button in the menu or double-press the controller button before the device can listen to and recognize what you’re saying.

The new wake word will make the feature a true hands-free experience, so you can issue a command like “Hey Facebook, take a screenshot” without having to press anything beforehand.

The company says that they will eventually roll out the experience to all versions of the Quest virtual reality headsets. If users do not currently have the option available to them, they should be able to find it under the Experimental Features settings.

Importantly, the headset will not listen for the wake word when the microphone is turned off, the headset is asleep, or if it is turned off. They are also careful to say that “Hey Facebook” is an opt-in experience that can also be reverted if the user does not want the option anymore.